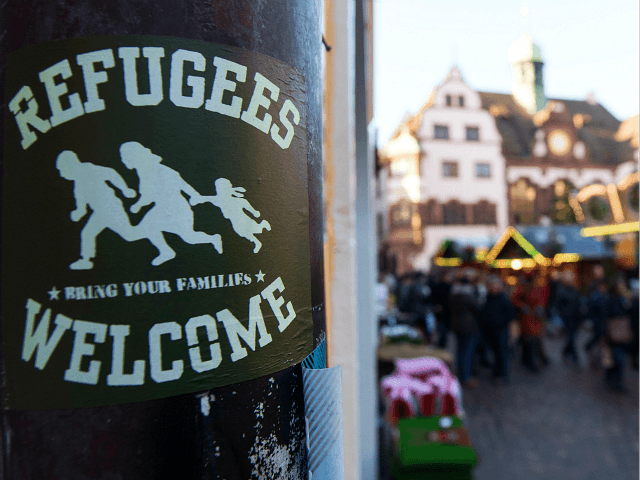 Seven Syrians and one German passport-holder have been arrested following the gang rape of an 18-year old girl in Freiburg.

The teenager is thought to have been drugged with a drink spiked with so-called ‘knockout drops’ in a night club, before being led outside to a wooded area and raped by up to fifteen males for four hours, Bild reports.

The German tabloid has named the ringleader as ‘Majd H’ and published a picture of him holding what they describe as a “machine gun” somewhere in the Middle East.

The outlet claims he was wanted at the time of the gang rape and that it could have been prevented if he had been in custody, quoting the migrant’s father as saying he already had a previous conviction for violent crime and was frequently in trouble with the authorities.

“The brutalisation of our country by these scum can no longer be endured!” declared Alice Weidel, leader of the populist Alternative for Germany (AfD) party in the German federal parliament, in response to the news.

The people of Germany are turning against their leadership as migration is rocking the already tenuous Berlin coalition. Crime in Germany is way up. Big mistake made all over Europe in allowing millions of people in who have so strongly and violently changed their culture!

Such crimes have become increasingly common in Germany since Angela Merkel invited more than a million migrants to the country in 2015, with the most notorious incident being an outbreak of mass sexual assaults on New Year’s Eve that same year, with around 1,300 women and girls being victimised in the city of Cologne.

U.S. President Donald Trump was heavily criticised for highlighting the impact of mass migration on crime and social cohesion in Germany in mid-2018, with Merkel’s international defenders claiming crime is actually down if measured over a long enough time span.

So-called ‘fact-checkers’ from Britain’s publicly funded BBC, for example, have responded to other statements on crime in Germany by claiming that “Overall crime in Germany has fallen to the lowest level since 1992” — but they had to go on to concede that “violent crime rose from 180,000 cases to 193,000 between 2014 and 2016 [and the] number of murders increased by 14.6 percent and rapes by 8 percent over the same period”.

They also had to admit that people classified as asylum seekers, refugees, or illegal immigrants were accounting for 8.5 percent of all criminal suspects by 2017 — “despite their population representing just 2 percent of Germany as a whole” — and an even higher 10.4 percent of murder suspects and 11.9 percent of sexual offence suspects.