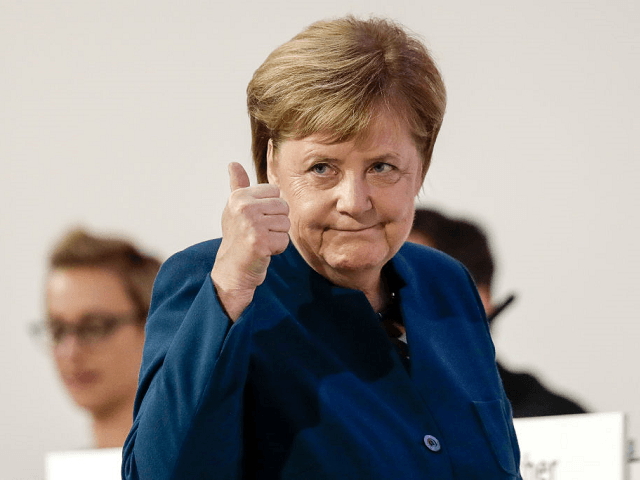 German Chancellor Angela Merkel allegedly urged European Union member states to not move their Israel embassies to Jerusalem to save the Iran deal.

The claims were made this week by Tomas Sandell, founding director of the European Coalition for Israel in Brussels, who said that the German chancellor had directly spoken to several leaders in both Central and Eastern Europe who had expressed a desire to follow U.S. President Donald Trump and move their embassies to Jerusalem, the Jerusalem Post reports.

“What we have found out, something I heard for quite some time already, from central and eastern European countries that would have an inclination to move their embassy to Jerusalem, this is the natural thing for them to do, is that they have received phone calls from Berlin, from Angela Merkel, the chancellor. Basically, this cannot happen under any circumstances,” Sandell said.

Most of the calls occurred in April, according to Sandell who added, “This is something unprecedented. This is not the Germany we once knew. This is not even the Angela Merkel we once knew when she was elected.”

Several European countries have expressed a desire to move their embassies, including Czech Republic President Miloš Zeman and Austrian Vice-Chancellor  Heinz-Christian Strache who said he wanted Austria to move their embassy in mid-2017 before the U.S. embassy had even moved.

Sandell noted that the pressure put on countries by Merkel was largely done to save the Iran nuclear deal of which he said Germany is in favour.

“I have spoken to many Germans these last few days in Brussels,” he said and added, “They are not aware of this, and all of them would be shocked that all of the countries in the European Union today would want to block an embassy move to Jerusalem, not only for your own country, but for other countries that have the conviction [that] this is the right thing to do, the only country to do would be Germany. This is a big shock.”

The claims come just after it was revealed that the Merkel government was also behind drafting the controversial UN Migration Compact which has since been soundly rejected by a number of countries, including many which want to move their Israel embassy to Jerusalem.