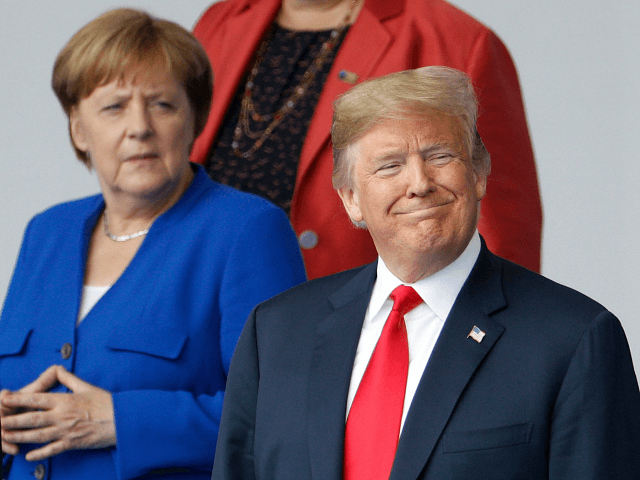 “I believe that destroying something without having developed something new is extremely dangerous,” Merkel said at a regional election campaign event in Bavaria.

The veteran leader — a close ally of Trump’s bugbear Barack Obama while he was president — added that she believed multilateralism was the solution to many of the world’s problems.

Trump failed to see the possibility for win-win solutions, she said, instead seeing only one winner from any international negotiation.

The people of Germany are turning against their leadership as migration is rocking the already tenuous Berlin coalition. Crime in Germany is way up. Big mistake made all over Europe in allowing millions of people in who have so strongly and violently changed their culture!

In his second appearance before the UN’s annual gathering last week, Trump told the General Assembly that he and his administration “reject the ideology of globalism, and we embrace the doctrine of patriotism”.

“Global governance” is a form of “coercion and domination” that “responsible nations must defend against”, he charged.

Merkel’s opposing view to the US leader puts her in the same camp as UN Secretary-General Antonio Guterres, who warned before Trump took the podium in New York Tuesday that “today, world order is increasingly chaotic”.

Donald Trump: “We reject the ideology of globalism, and we embrace the doctrine of patriotism”