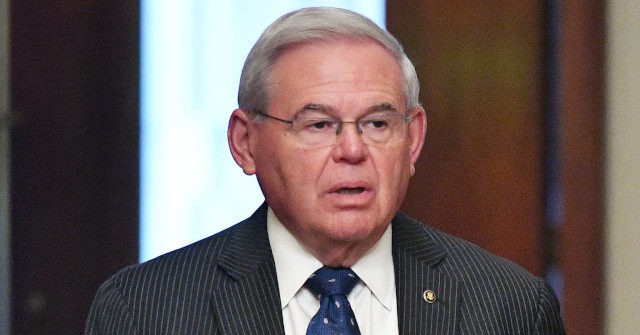 Menendez told MSNBC’s “José Díaz-Balart Reports” that “we cannot have a Munich moment” and we can’t return to “1938 when Neville Chamberlain said let’s give Czechoslovakia to Hitler.”

He noted that Putin got a “weak” response after annexing Crimea in 2014, “and he understood that I can do this and get away with it.”

“[W]hat I say about this moment is we cannot have a Munich moment,” Menendez emphasized. “We can’t return to, you know, 1938 when Neville Chamberlain said let’s give Czechoslovakia to Hitler thinking that would end his desires. This is the same. Putin will not stop for so long as he thinks he can get away with it and suffer little consequences. That’s why I authored the mother of all sanctions bill; that’s why I’m going to continue to work with our Republican colleagues to get to such a package; that’s why I know the president is ready to levy it and to get international cooperation to do so.”

Menendez recently suggested that “Putin will not stop with Ukraine” should he invade.