First lady Melania Trump visited babies and mothers at a hospital before tea with Ghanaian first lady Rebecca Akufo-Addo on the first day of her BE BEST Africa tour.

Eight-year-old Lillian Naa Adai Sai welcomed Mrs. Trump to Accra, Ghana, with a kente-cloth-wrapped bouquet of flowers as Trump departed the plane. The young girl was described as looking starstruck as she welcomed the U.S. first lady. Mrs. Trump met Ghanaian officials there, including Mrs. Akufo-Addo, whom she greeted with a smile and “thank you very much.”

A welcome ceremony on a nearby lawn hosted dancers, drummers, and school children with Ghanaian and American flags waving high. USAID administrator Mark Green held a short private meeting with the two there: 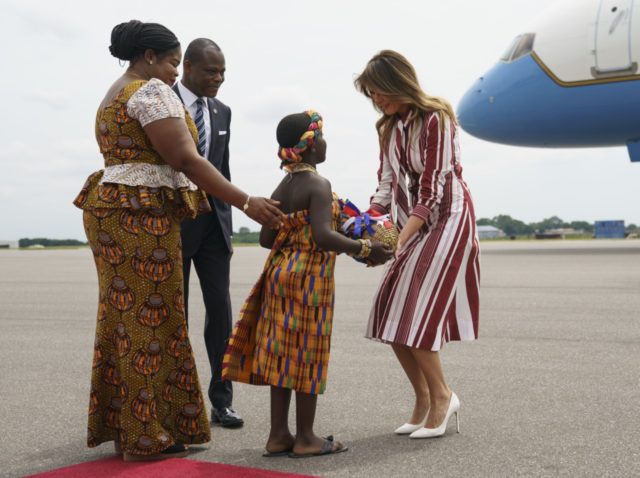 Greater Accra Regional Hospital was the first stop of the day, where the two first ladies joined ten mothers and their babies. Mrs. Trump handed out teddy bears and blankets printed with her BE BEST message. The White House donated several baskets of supplies for the little ones. Mrs. Trump stopped to embrace a particularly roly-poly baby. Mothers and hospital workers gleefully took in the view of the first lady making faces at the little one: 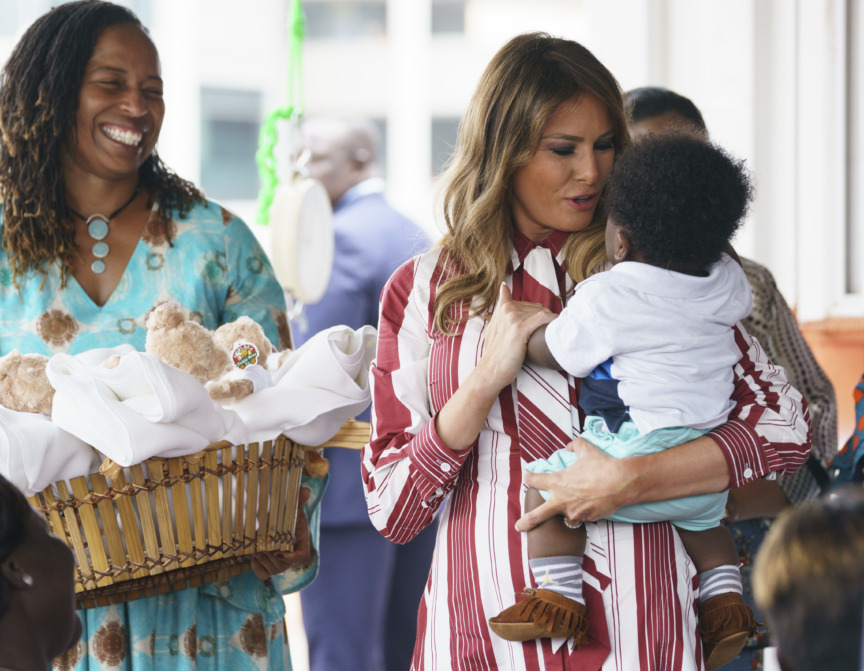 Melania Trump opens Africa tour with a wave and baby in arms.

First lady Trump was given a demonstration of how the hospital weighs babies during wellness checks in a sack-and-pully system. A mother placed her six-month-old in one, and upon hearing the weight, Mrs. Trump declared, “Healthy boy.” The White House donated a bundle of sacks that would otherwise cost local women $2 each.

She went on to visit babies in the hospital’s NICU. It was in a newly constructed hospital wing.

Mrs. Trump’s final event of the first day in Africa was a private tea with Ghanaian first lady Akufo-Addo at Jubilee House, the presidential palace. The White House conveyed that the two first ladies exchanged gifts. Mrs. Trump gifted Akufo-Addo with a silver Chippendale tray on which was etched the image of the White House. First lady Trump’s signature was branded on the leather case that held the tray. Mrs. Akufo-Addo gifted Mrs. Trump with a colorful Ghanaian kente cloth and an artifact: 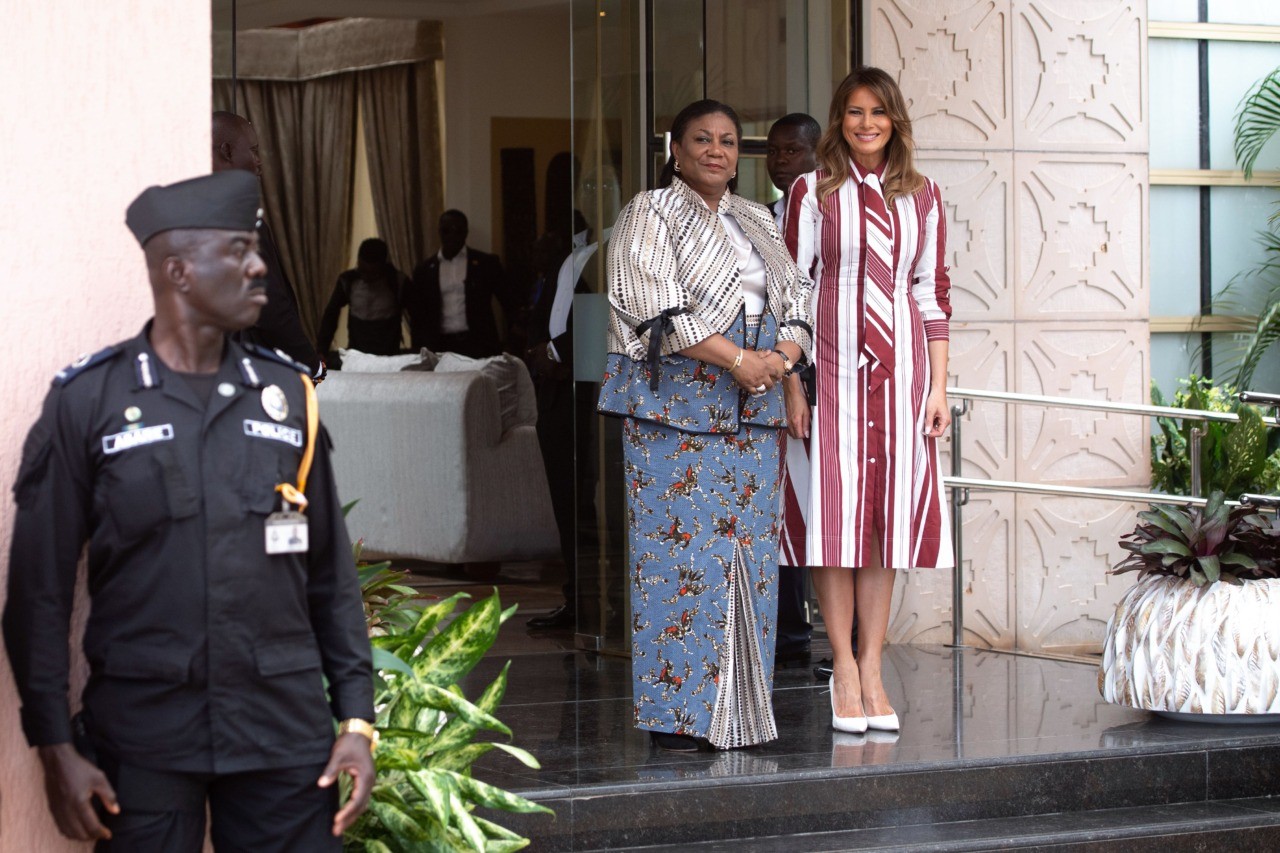 US First Lady Melania Trump (R) poses with Ghana’s First Lady Rebecca Akufo-Addo prior to their meeting at Jubilee House in Accra, Ghana, on October 2, 2018, as she begins her week-long trip to Africa to promote her ‘Be Best’ campaign ( SAUL LOEB/AFP/Getty Images).

Trump and Akufo-Addo met at the U.N. General Assembly last week, where Mrs. Trump announced which countries she would visit on her Africa trip, her first major solo trip as first lady.

Mrs. Trump first unveiled her BE BEST policy initiative as first lady in May. She emphasized the importance of the multi-faceted well-being of children and the role of parents in teaching children life skills. She pledged to highlight programs that exemplify her initiative.

First lady Melania Trump’s communications director, Stephanie Grisham, and her chief of staff, Lindsay Reynolds, are traveling with her.