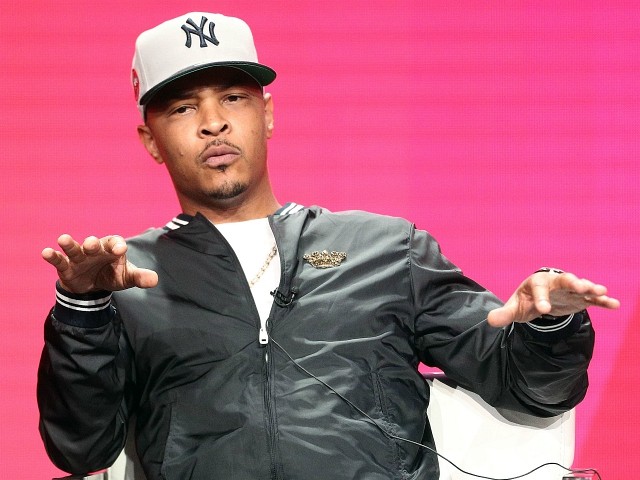 “How is this acceptable,” Grisham tweeted at T.I. while calling for a boycott of the Ant-Man and the Wasp star.

The Atlanta-based rapper took his criticism of Kanye West and President Donald Trump’s Oval Office confab to a whole new level, tweeting a one-minute music video Friday featuring the faux first lady in the buff. Though dragging Melania Trump into the beef upped the ante.

The not safe for work clip features T.I. hanging around in the Oval Office after the president is seen flying off on Marine One. The rapper then sits behind the Resolute Desk smoking a cigar as a woman who looks like Melania Trump comes in wearing that famous “I Really Don’t Care, Do U?” coat.

The rapper captioned the tweet with the raunchy video, saying, “Dear 45, I ain’t Kanye.”

“From what I can gather… This is the most repulsive, disgraceful, Embarrassing act of desperation & auctioning off of one’s soul to gain power I’ve ever seen,” he wrote.