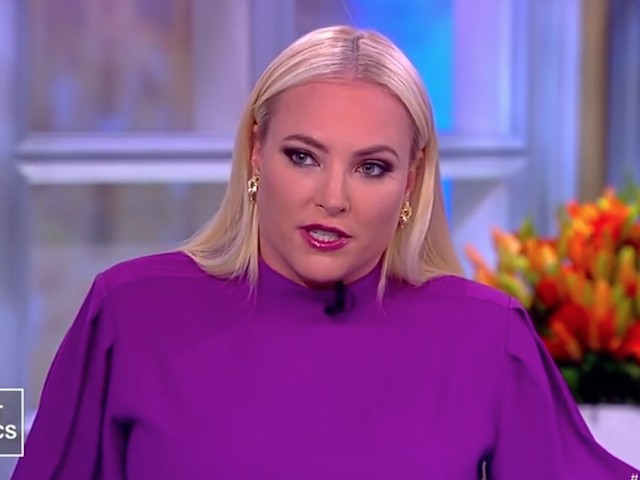 Friday on ABC’s “The View,” co-host Meghan McCain said it was “incredibly tone deaf” for President Donald Trump to compliment Rep. Greg Gianforte (R-MT) for assaulting a reporter last May, in light of the disappearance and likely murder of Washington Post columnist Jamal Khashoggi.

After playing a clip of Trump at a rally in Montana, co-host Joy Behar said, “What he really is doing is he’s straight-up condoning violence against the media at the same time as the investigation into whether journalist Jamal Khashoggi was murdered, and also they cut his body. It’s a terrible story.”

Co-host Sunny Hostin, “This is not the time for the president to be condoning violence.”

Co-host Abby Huntsman. “He’s been tone deaf when it comes to the Saudi Arabia story from the beginning. Remember he said it might have been a rogue actor that was the killer. They’re trying to get their footing on that story. But I think in general this is the way he talks about tough guys. He loves people that are tough, and Meghan probably remembers this from when she was on the campaign trail, but I noticed there was anger building and building from the people that you’ll see behind him at these rallies and they feel like finally, they have someone that fights for them, that stands up to the media, that gives it to them. You see their faces. They love these moments. He’s comfortable in these campaign rallies.”

McCain said, “We’re talking about freedom of press in this country, in particular, Jamal Khashoggi was a Saudi dissident, doing the Lord’s work to try to get real news stories out of, to put it lightly, a horrific nation that does things like this to people who speak out. I do think it’s incredibly tone deaf at this moment to be advocating violence against journalists whatsoever.”

Hostin,  said, “I don’t recall a time when we heard this kind of attack on freedom of the press on our First Amendment, and I think it started with this president. I really do.”