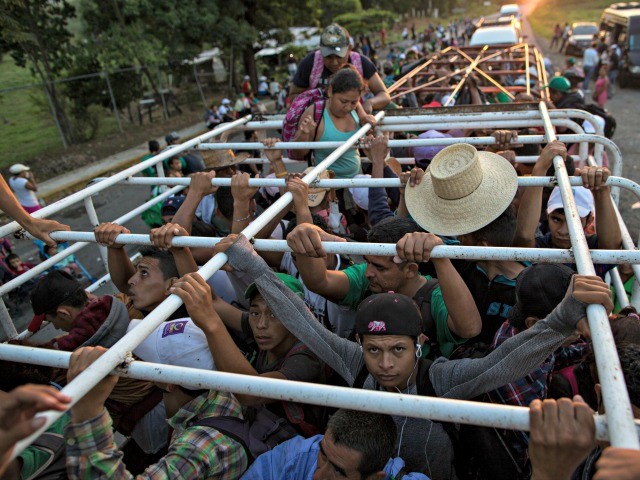 Dr. Jan Orient, executive director of the Association of American Physicians and Surgeons, said on Breitbart News Daily that the thousands of people marching toward the U.S. border with Mexico could bring diseases that could pose a threat to public health.

“It just makes no sense from a public health standpoint to let in a lot of people who have not been screened,” Orient told Amanda House, deputy political editor for Breitbart News and host of Breitbart News Sunday on the SiriusXM Patriot Channel.

Orient said that unlike the days when Ellis Island was the place where migrants were tested for diseases and put in quarantine to protect against diseases in the incubation stage, in recent years people have been allowed to enter the country and settle across the country without proper screenings.

Orient said border security is not only important for public safety but for public health.

“I think we really need to control entrance to our county,” Orient said.

“It just doesn’t make any sense in these days of exotic diseases [and] increasing antibiotic resistance to be allowing an invading flood of people,” Orient said.

The Trump administration, including President Donald Trump, has said it will not allow this latest and largest group of as many and 14,000 migrants to enter the country and that the U.S. military will be used to make sure the border is not breached.

The Military Times is reporting that the Department of Defense will be deploying “800 active-duty troops, not National Guard forces, to increase the 2,100 National Guardsmen” already stationed along the border.