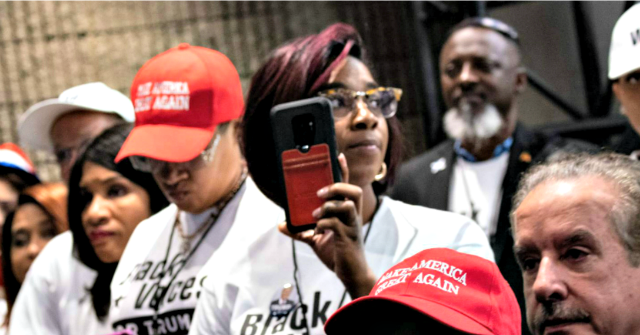 Democrats and the media united Thursday to declare President Donald Trump’s plans for future speeches in Tulsa, Oklahoma, and Jacksonville, Florida, racist — simply because of the locations chosen, and the dates on the calendar.

When the Republican National Committee (RNC) announced that Trump would accept the nomination for re-election in Jacksonville, Florida, on August 27 — though the initial convention will still be held in Charlotte, North Carolina — the media pounced, noting that it would coincide with the 60th anniversary of a Ku Klux Klan attack on black activists there.

Earlier in the day, when the Trump campaign announced that it would hold its first rally speech since the coronavirus pandemic on June 19 in Tulsa, Oklahoma, the media and Democrats did the same. Though the campaign noted that the president would be speaking on Juneteenth, which many African American communities observe as the anniversary of the day freed slaves in Texas were read the Emancipation Proclamation, the left called that choice a deliberate provocation.

This isn’t just a wink to white supremacists—he’s throwing them a welcome home party. https://t.co/lUXpnUoFQU

Democrats and journalists argued that merely holding a rally in Tulsa at all was racist because of the Tulsa race riots of 1921, one of the worst such events in American history.

But the riots happened on May 31 and June 1, not on June 19. There was no evident connection at all between Trump’s speech and the anniversary of the riots nearly three weeks before.

Still, that did not prevent the Associated Press from reporting: “Trump rally on Juneteenth in Tulsa called ‘slap in the face’.” Its article was illustrated with a photograph a burning church, taken during the riots, as if there were a connection with the rally.