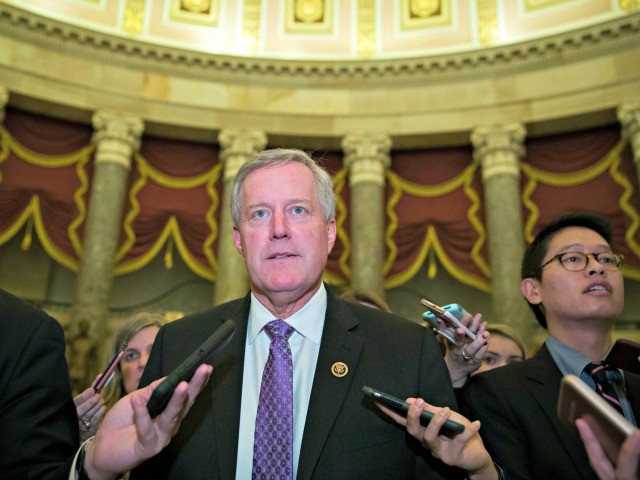 Sunday on CBS’s “Face the Nation,” House Freedom Caucus chairman Rep. Mark Meadows (R-NC) said he expected President Donald Trump to declare a national emergency” to build a wall along the U.S.-Mexico border if Congress does not reach a deal before Friday’s deadline to stop a government shutdown.

Meadows said, “What we’re seeing with these negotiations going on, I don’t know that they’re real serious about reaching a compromise. I mean, they’ve met twice in almost two weeks now.”

He added, “I do expect the president to take some kind of executive action. A national emergency is certainly part of that. There are a few other things in his toolbox that he could use, but I do expect him to do that if we don’t reach a compromise.”