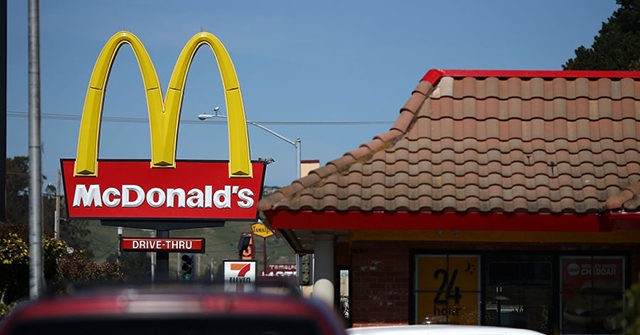 A McDonald’s employee who is also a veteran celebrated his 92nd birthday Saturday in Dayton, Tennessee.

Ike Baker has been with the fast food chain for 21 years, reportedly making him one of the oldest people to ever work for the restaurant, according to ABC 9.

However, that does not mean the veteran is planning to retire anytime soon. He told reporters that he hoped to work at McDonald’s for “at least another ten years.”

Sabina Kaylor, the restaurant’s manager, said Baker is popular with every person who walks in their doors. Kaylor also noted that despite his age, he is sharp, active, and a pleasure to work with.

Before Baker got his job at the restaurant, he served his country during the Korean War from 1952 to 1960.

“The Korean War is often called the ‘Forgotten War’ because it was largely overshadowed by WWII and Vietnam,” according to the We Honor Veterans website.

The importance of this war in the history of the United States and the world is vastly understated; this conflict marked the first clear battle of the Cold War. Tensions were already high between the Communist East and the Democratic West, and the Korean War certainly exacerbated the mistrust between the two sides. While this war is often forgotten, it is important that the Veterans who fought in this conflict are not also forgotten.

Now, the well-loved employee enjoys greeting customers as a host and making sure patrons have everything they need when they sit down for their meals, according to Fox 7.

News outlets reached out to the fast food chain to confirm whether Baker was the oldest McDonald’s worker. So far, they have not heard back from the company.