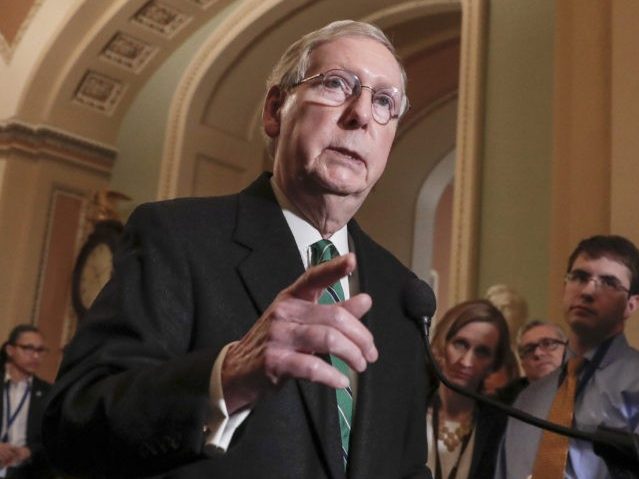 During a press conference after the confirmation of Supreme Court Justice Brett Kavanaugh on Saturday, Senate Majority Leader Mitch McConnell (R-KY) said the Senate “stood up for the presumption of innocence.”

McConnell said, “This is a good day for America, and an important day for the Senate. We stood up for the presumption of innocence. We refused to be intimidated by the mob of people that were coming after Republican members at their homes, in the halls. I couldn’t be prouder of the Senate Republican Conference. We also want to thank Senator Manchin (D-WV) for helping us.”