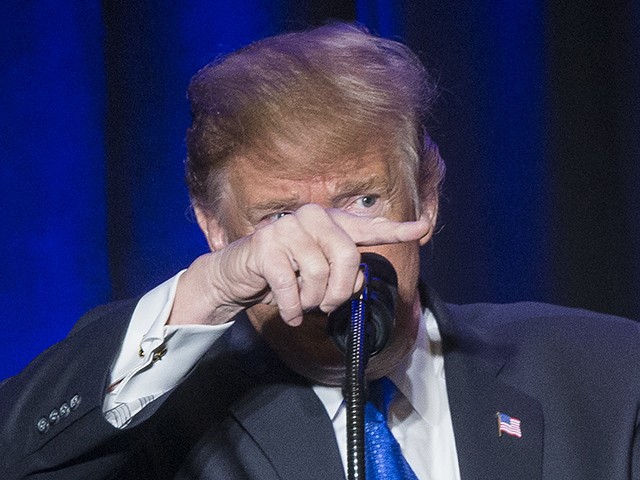 “He’s prepared to sign the bill, he will also be issuing a national emergency declaration at the same time,” McConnell said ahead of a Senate vote on a measure to keep the government running past the February 15 deadline.

The comprise measure keeps departments running through the fiscal year but without the $5.7 billion the president wanted for the border wall with Mexico.

Moments after McConnell’s remarks, White House press secretary Sarah Huckabee Sanders confirmed in a statement that the president will sign the funding bill and take executive action to build the wall. “President Trump will sign the government funding bill, and as he has stated before, he will also take other executive action – including a national emergency – to ensure we stop the national security and humanitarian crisis at the border. The President is once again delivering on his promise to build the wall, protect the border, and secure our great country,” Sanders said.

The Democrat-controlled House is poised to pass the sweeping measure Thursday evening, and the Republican-led Senate was expected to approve as well. Bargainers formally completed the accord moments before midnight Wednesday night.

The product of nearly three weeks of talks, the agreement provides almost $1.4 billion for new barriers along the boundary. That’s less than the $1.6 billion for border security in a bipartisan Senate bill that President Trump spurned months ago, and enough for building just 55 miles of barricades, not the 200-plus miles he had sought.

Notably, the word “wall” — which fueled many a chant at Trump campaign events and then his rallies as president — does not appear once in the 1,768 pages of legislation and explanatory materials. “Barriers” and “fencing” are the nouns of choice.

The compromise would also squeeze funding for Immigration and Customs Enforcement, or ICE, in an attempt to pressure the agency to gradually detain fewer immigrants.

Speaking to reporters on Capitol Hill, House Freedom Caucus chair Rep. Mark Meadows (R-NC) warned “it would be political suicide” if the president backs the bill and does not seek money elsewhere to fund the wall.