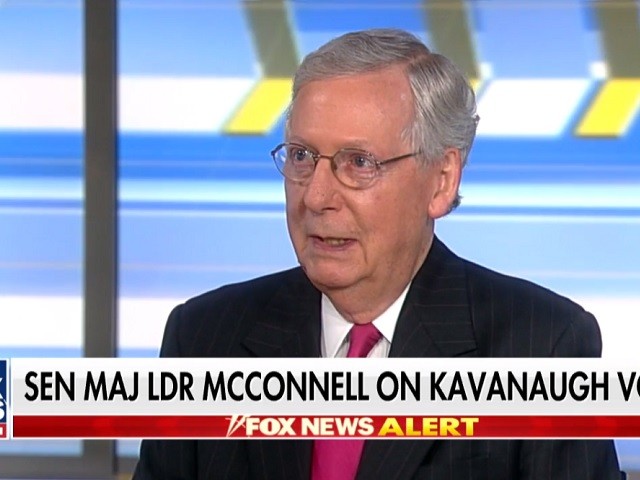 McConnell touted the effort and applauded his caucus for making the confirmation possible.

“I think the main point is the mob was not able to intimidate the Senate,” McConnell said. “We stood up to the mob. We did the right thing for a good man that filled a lifetime appointment on the Supreme Court. There is a lot to celebrate today. I couldn’t be prouder of all my members. Senator Collins was outstanding.”

When host Laura Ingraham asked about potential challengers to Sen. Susan Collins (R-ME), who was a late-breaking vote to clinch the nomination and what Democratic challengers that could inspire to run against Collins, McConnell assured Ingraham that Collins’ re-election finances would be handled properly.

“Senator Collins will be well funded, I assure you,” McConnell replied. “Look, there’s a lot of enthusiasm on our side, too. You may or may not have noticed the rising enthusiasm among Republican voters. I think our people are going to be just as fired up as their’s a month from now and everybody is going to remember what they did to Kavanaugh.”

Later in the interview, McConnell reiterated the Democratic Party’s tactics failed to stop Kavanaugh, and they may helped Republicans in their efforts in the midterm elections.