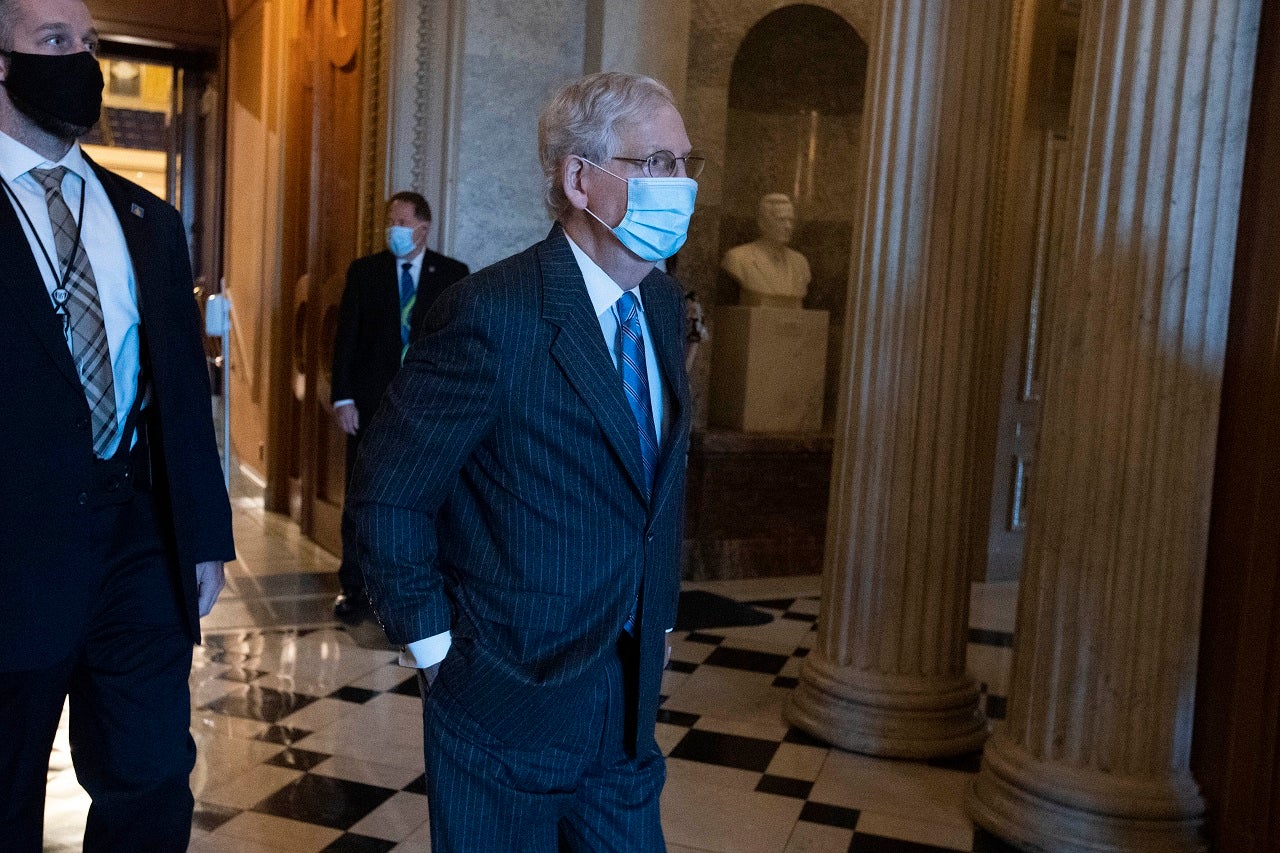 Senate Majority Leader Mitch McConnell on Thursday told reporters that his health is fine after recent bruising that has appeared on his hands and lips.

In an off-camera conversation, Politico reporter John Bresnahan asked McConnell about his health and how he is feeling. McConnell,  the senior Republican senator from Kentucky, did not answer the question and in response to a follow up on if there is anything regarding his health that people should know, McConnell said, “Of course not.”

McConnell, at age 78, is just the latest high-profile politician to be the subject of health-related speculation. Notably, both President Trump, especially after being diagnosed with the coronavirus, and Democratic presidential candidate Joe Biden have faced questions about their health. Biden is 77 and Trump is 74.

McConnell has held significant influence under the Trump administration as the Senate majority leader, putting an emphasis on lifetime judicial appointments, while confirming 218 Article III judges in the past four years. Article III of the Constitution governs the appointment, tenure, and payment of Supreme Court justices, as well as federal circuit and district court judges

McConnell is in the process of leading yet another one of those lifetime appointments through the Senate — this time Supreme Court nominee Amy Coney Barrett.

In the exchange with Politico’s Bresnahan, McConnell also spoke about the timing of the final confirmation vote for Barrett. He predicted that the vote would be “probably Monday evening, early.” That would mean the “cloture” vote — a procedural vote taken to end debate on the nomination — is likely to happen late morning or early afternoon on Sunday, after McConnell brings the Barrett nomination to the floor of the Senate on Friday.

Republicans almost certainly have the votes to confirm Barrett with only two members in their 53-person caucus saying they object to the timing of the confirmation effort immediately ahead of a presidential election. That means Republicans could afford one unexpected defection, or member unable to make it to the Senate floor if diagnosed with the coronavirus, and still have Vice President Pence able to break a tie vote.