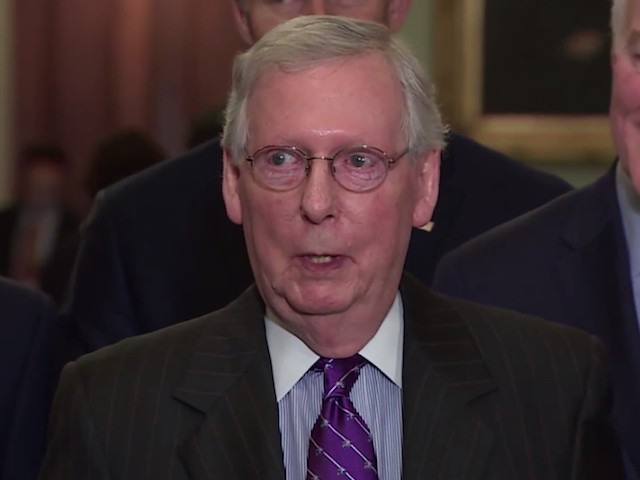 While speaking to reporters on Tuesday, Senate Majority Leader Mitch McConnell (R-KY) said the FBI’s report on Supreme Court nominee Judge Brett Kavanaugh will only be available to members of the Senate and the Senate will vote on Kavanaugh this week.

McConnell said, “We’ll get an FBI report soon. It’ll be made available to each senator, and only senators will be allowed to look at it. Now that’s the way these reports are always handled — these background checks from the FBI to the Judiciary Committee. And we’ll be voting this week. So, the FBI report will be finished, and we’ll be voting this week on the Kavanaugh nomination.”