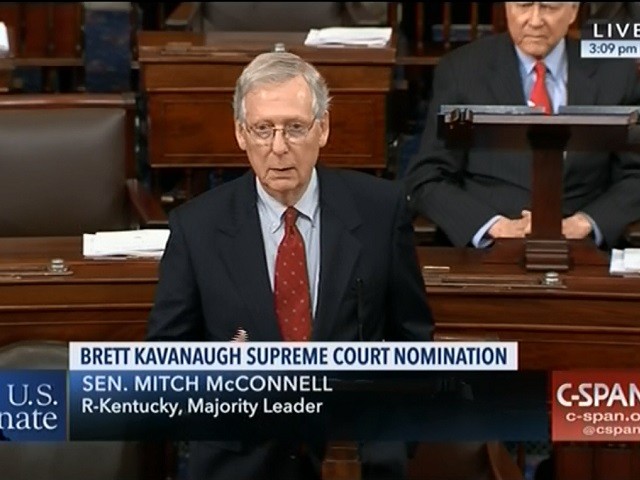 During a speech on the Senate floor on Monday, Senate Majority Leader Mitch McConnell (R-KY) accused Senate Democrats of aiding in a “smear campaign” against Supreme Court nominee Judge Brett Kavanaugh and vowed Kavanaugh will receive a vote in the Senate “in the near future.”

McConnell said, “Senate Democrats and their allies are trying to destroy a man’s personal and professional life on the basis of decades-old allegations that are unsubstantiated and uncorroborated. That, Mr. President, is where we are. This is what the so-called resistance has become, a smear campaign, pure and simple, aided and abetted by members of the United States Senate.”