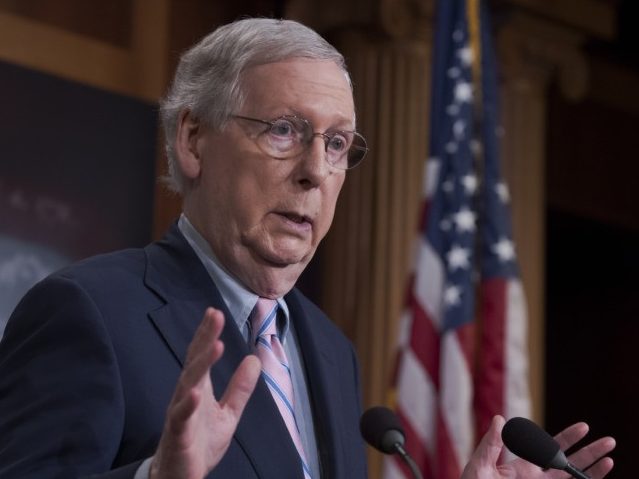 During an interview on Wednesday’s broadcast of Fox News Radio’s “Benson and Harf,” Senate Majority Leader Mitch McConnell (R-KY) predicted that if Democrats win the majority in the Senate, none of President Trump’s judicial nominations will be confirmed.

McConnell said, “The first step, if we’re going to be able to continue to confirm judges at all levels, not just the Supreme Court, but circuits and districts, is for this – for the Senate to remain a Republican majority.”

Co-host Guy Benson later asked, “Do you believe that if the Democrats were to defy the odds and win back the Senate, the confirmation of judges, even at the circuit court level, would stop completely?”

McConnell responded, “I do.”