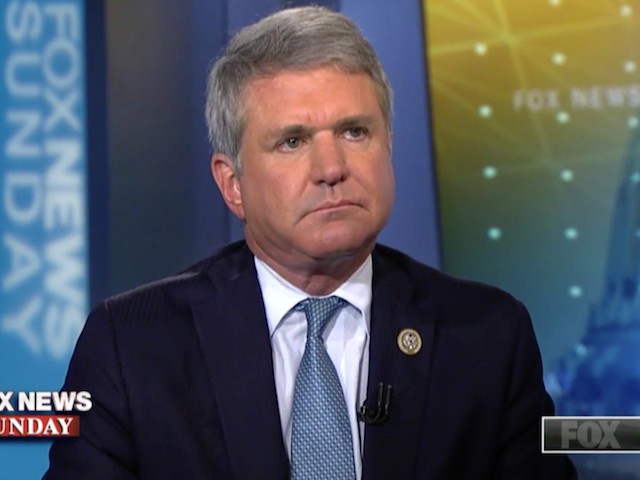 On Tuesday’s broadcast of the Fox News Channel’s “Faulkner Focus,” House Foreign Affairs Committee member Rep. Michael McCaul (R-TX) stated that Russia’s aggression “started in Afghanistan and Putin saw weakness, and then waiving the sanctions on Nord Stream 2 to allow Putin to build this pipeline into Europe,” former Secretary of Defense Robert Gates was right in his assessment that Biden has been wrong on every foreign policy decision for years, and that Biden’s conduct “reminds me of Chamberlain and Hitler. Weakness invites aggression.”

McCaul said, [relevant remarks begin around 3:05] “Secretary of Defense Gates was correct. He’s been wrong on every foreign policy decision for the last three decades. He’s wrong on this one, and to underestimate Putin’s desire to take over the Ukraine, it would be the largest invasion since World War II in Europe. It is a very big foreign policy failure. I would argue this all started in Afghanistan and Putin saw weakness, and then waiving the sanctions on Nord Stream 2 to allow Putin to build this pipeline into Europe, massive foreign policy mistakes. And now Putin’s emboldened. He knows that this is his time to win back the breadbasket of Russia, that being Ukraine and control of the energy in the Black Sea, while defeating NATO all at the same time.”

He added, “Well, it reminds me of Chamberlain and Hitler. Weakness invites aggression. He’s projecting weakness after Afghanistan. We lost Bagram, our eyes and ears on the ground for Russia, China, Iran. Now President Xi in China is — he’s watching this very closely to see, can I invade Taiwan and get away with this? All the while, our negotiators are in Vienna negotiating with the ayatollah on an Iranian nuclear bomb. Now, if that doesn’t keep you up at night, I don’t know what would.”