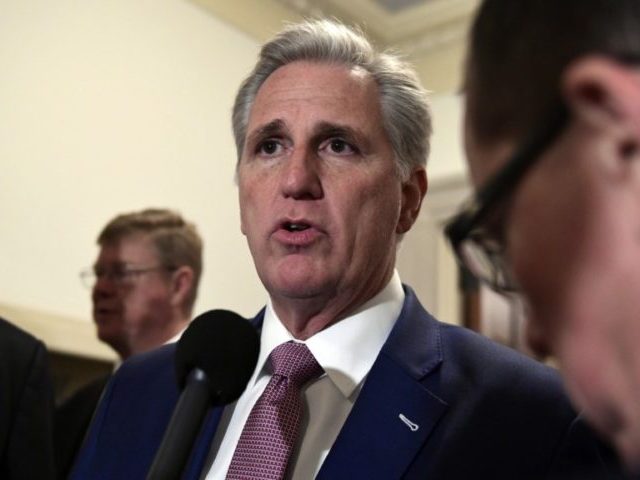 On Tuesday’s broadcast of the Fox News Channel’s “The Story,” House Republican Leader Kevin McCarthy (R-CA) expressed 100% confidence that he has the votes to pass a bill that has $5 billion in border wall funding.

Host Martha MacCallum asked, “[A]re you guys going to be able to pass a bill that has $5 billion in wall funding before you leave for the holidays, or are you going to be here throughout Christmas, and perhaps throughout New Year’s?”

McCarthy answered, “Well, the answer here is yes in the House. The question is, it takes 60 votes in the Senate, would Senator Schumer (D-NY) want to have another shutdown like he had before?”

MacCallum followed up, “So, you do have 218 votes in the House to pass $5 billion for wall funding, you’re 100% confident on that?”

McCarthy responded, “Yes I am.”