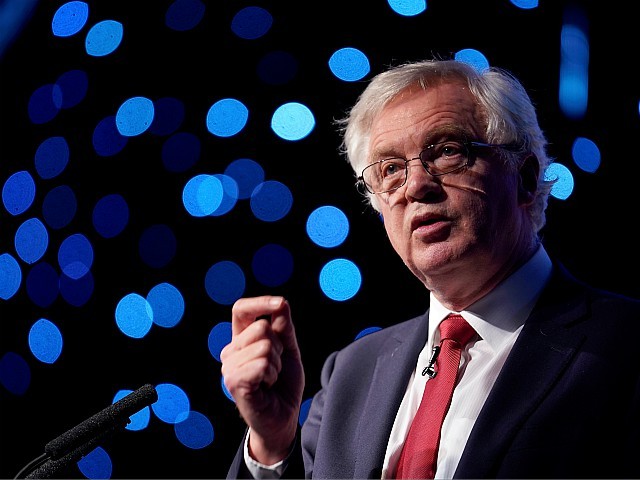 Former Brexit secretary David Davis has warned that Prime Minister Theresa May’s proposed agreement with the European Union will “block every avenue of negotiation with America.”

“I have spent the last few days in Washington talking to U.S. Government Trade and Treasury officials encouraging a free trade deal with the UK. Excellent response. They have already started on the procedures to allow negotiations to start immediately once we leave the EU in March,” Mr Davis said.

“This will not be possible if we accept the Government’s proposed deal with Europe, which will block every avenue of negotiation with America.

“We have to have a Canada+++ deal to allow us to have a free trade deal with America,” he added, the Brexiteer backing a Canada-style deal which rejects EU regulatory alignment and recommends free trade.

This will not be possible if we accept the Government’s proposed deal with Europe, which will block every avenue of negotiation with America.

The Brexiteer told BBC Radio 4’s Today programme Friday that May’s deal “is a dreadful proposal, it really doesn’t fly by any measure. It is not a deal we should accept.”

Davis resigned his post in Cabinet in July over the prime minister’s soft Brexit proposal, unveiled at her country retreat Chequers and which provided a blueprint for the arrangements agreed last week with Brussels.

U.S. President Donald Trump said ahead of his July visit to the UK that her Chequers plan “will probably kill” a bilateral trade deal and appeared to criticise the prime minister for failing to take the businessman’s advice on how to negotiate with the bloc.

However, days later the President assured the UK he would sign a “tremendously big” trade deal, with the administration saying in October that it is looking forward to signing a “cutting edge” free trade agreement once Britain leaves the EU.

But this could be put in jeopardy over the Irish backstop arrangements which could lock the UK in regulatory alignment with the EU after the transition period if the UK and EU fail to come to their own trade agreement.