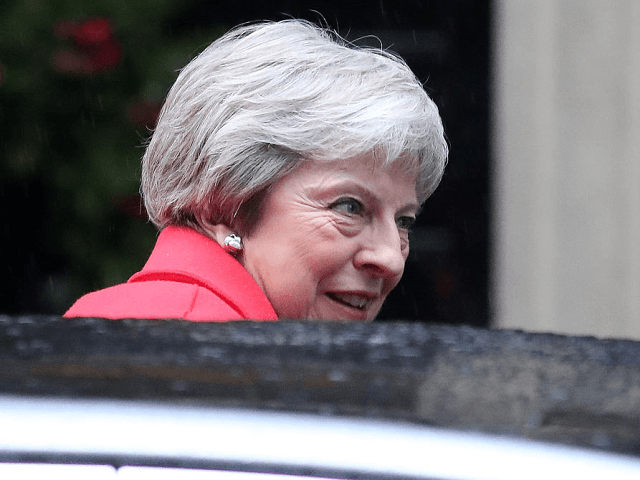 The European Union is reportedly plotting an extension of the Article 50 period before Britain’s departure in March 2019 as Theresa May’s “worst deal in history” with the bloc heads for a historic defeat in the House of Commons.

There was a delay of several months after the 2016 vote to Leave the EU before the United Kingdom actually activated Article 50 of the Lisbon Treaty, beginning the two-year negotiating period preceding an EU member state’s exit from the bloc.

Prime Minister Theresa May has gone down to the wire negotiating what has been described as “the worst deal in history” with Brussels as that period has slowly expired, allegedly neglecting to make serious preparations for a “No Deal” scenario — which would see Britain leave the EU without a formal agreement in place and reversion to a relationship on the same standard World Trade Organization (WTO) terms as the EU has with countries like Australia and the United States — so that it could not be seen as a serious alternative to her deal.

This ploy appears to have become unstuck, however, as the Government releasing the Attorney-General’s full legal advice on the deal’s so-called “backstop” provisions relating to Northern Ireland has hardened opposition to it among Brexiteer and Unionist Tories, as well as Northern Ireland’s Democratic Unionist Party (DUP).

With a potentially very heavy defeat for the prime minister’s deal in Parliament when it is put to a “meaningful vote” on December 11th looming, the European Union is said to be poised to offer her an extension to the Article 50 negotiating period at a European Council summit two days later — assuming she is still in office.

Johnny Mercer, a popular ex-military backbencher, recently became the 104th Tory MP to pledge he will vote against the deal, after swithering on whether or not to back it for some time.

“Politics is ultimately about the people,” he will tell the House of Commons during the ongoing parliamentary debate on the deal, according to The Sun.

“You cannot promise them that no PM would sign anything that treated Northern Ireland differently, and then do just that.

“You cannot philosophise about free trade deals and then concede none are possible the moment we leave, as this agreement currently stands.

“And chiefly you cannot sign up to making the UK a junior partner in a relationship they cannot unilaterally leave,” he will say, branding the whole affair “the end of a chapter [in British history] about [the] total failure of the political class.”

Meanwhile, the Brexit-supporting Attorney-General Geoffrey Cox, who pledged his support for the deal despite strong reservations and has been fiercely buffeted by parliamentary colleagues as a result, is reportedly “on the brink of resigning,” with two other Government ministers close to walking away, as well.

May Tries to Agree Concessions with MPs to Save Brexit Agreement https://t.co/MWHwQTuANF