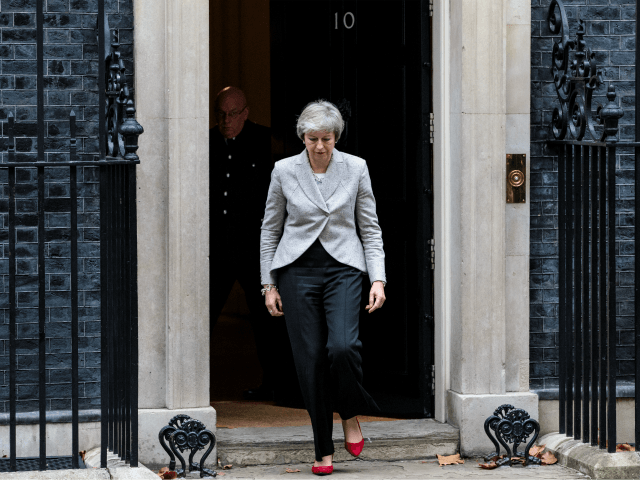 Theresa May has repeatedly refused to say she will resign as prime minister if her Brexit deal fails in the House of Commons.

Mrs May declined to say whether or not would step aside if MPs reject her Brexit proposals in an interview with BBC Radio 5 Live on Friday.

“As I’m sitting here, I’m not thinking about me. I’m thinking about getting a deal through that delivers for the people of this country,” she responded.

When pushed further, she simply replied: “I am going to be around the country, explaining the deal up and down the country. I think this is important. It’s not just about MPs it’s about people understanding what the country is about.”

Her statement comes as observers calculate that 88 Tory MPs – or 50 per cent of Conservative backbenchers – have publicly indicated they will not vote for her deal, making it increasingly likely the deal will fail.

Theresa May tells caller Michael her #Brexit deal will leave the UK better off because “our future is in our hands and that’s what’s important”.#BBCAskThis | @EmmaBarnett | @BBCNews pic.twitter.com/Yfrij8dVgj

The prime minister has previously threatened MPs that the choice before them is “no deal or no Brexit,” implying they have little choice but to back her position.

During the interview, she suggested some MPs might change their mind if they listened to the mood of the country, implying her deal is popular, despite polls indicating otherwise.

“In a sense, I think there’s two conversations going on at the moment,” she said.

“In Parliament, there’s a lot of focus on who’s going to vote for the deal or not, and outside I think people are thinking: ‘Actually, let’s make sure we can get this through and get on with delivering’.

“And I think the job of an MP is actually, when they come to look at voting for this deal, to say to themselves, ‘Does it deliver on what people voted for?’ – I believe it does – and secondly, ‘What do we need to focus on for our constituents, for people up and down the country?’”

Asked if her deal was worse than remaining in the bloc, Mr Raab told BBC Radio 4’s Today programme: “I’m not going to advocate staying in the EU.

“But, if you just presented me terms, this deal or EU membership, because we would effectively be bound by the same rules but without the control or voice over them, yes, I think this would be even worse than that.”