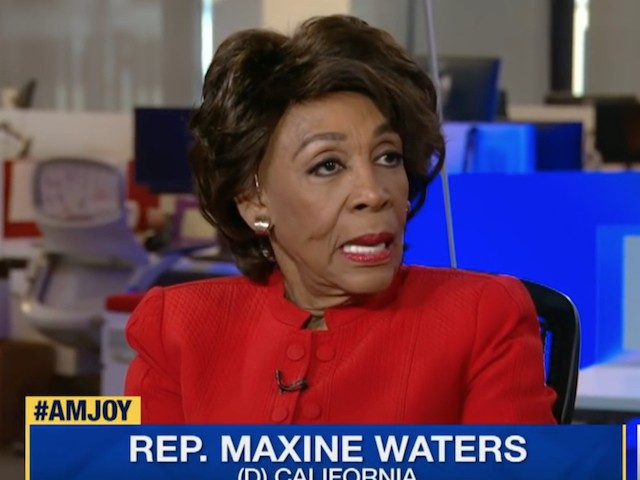 Sunday on MSNBC’s “AM Joy,” Rep. Maxine Waters (D-CA) said Supreme Court associate justice nominee Brett Kavanaugh‘s testimony before the Judiciary Committee showed he was “nothing but a tool and a puppet to the president United States of America.”

Waters said, “We have to fight. We have to not only fight to make sure that women get the respect that they deserve, but when you have a credible person like Christine Blasey Ford, it helps us to point out that no matter how credible they are, no matter you how well spoken they are, no matter how smart they are, that these senators do not intend to allow sexual harassment to be the reason why someone will not be confirmed. And so I think that this has played out in a way that will only strengthen us and strengthen women and those who care about justice to fight and to confront them and protest against what we’re seeing.”

She continued, “Kavanaugh is very interesting. I think one of the most serious things that we have learned about him is he is trying to be confirmed to the highest court in the land, but he is not an independent. What he did is he went back up to the White House, and the president told him what goes back and say and how to act. So if he is nothing but a tool and a puppet to the president United States of America, why would we want him on the highest court of the land. It doesn’t bode well for America.

She added, “It sounded as if it was coming straight out of Trump’s mouth, so he had his orders. And he came back, and he did exactly what he was told to do. I think that is a serious problem with anybody who is wishing to be confirmed to the highest court of the land. He cannot be trusted. And if he is nothing but a mouthpiece for Trump, we know what that means for democracy. We know what that means for a lack of justice that is going to come out of the Supreme Court by someone like him. It is outrageous that he would allow himself to basically take those kind of orders and come back and execute them. Everybody could recognize what that was all about. And the difference between even how he first comported himself and after he had gone to the White House, it is so obvious that he is not independent and will never be independent. To bring politics into it and to talk about Hillary Clinton and the Democrats? No Supreme Court justice should act that way. He cannot be trusted, and he should not be confirmed.”