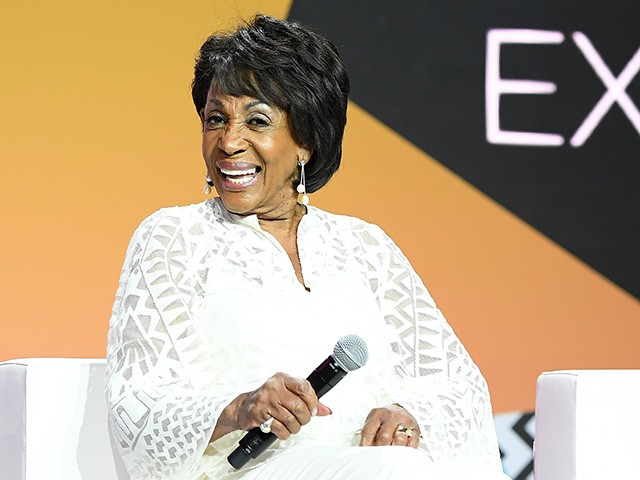 A partial transcript is below:

WILSON: How does it feel to be an honoree tonight?

WATERS: I’m excited about it and I do feel honored because I’ve been chosen. I have absolutely been chosen by people who say, “we appreciate what you’ve been doing.” That’s great. I like that.

WILSON: For anyone feeling dejected about the nomination and allegation of Brett Kavanaugh, what would you say? How can they keep their spirits up?

WATERS: Well, first of all, as we go through life we’re going to have the good times and we’re going to have the not so good times. Even if you’re feeling a little down, get a good night’s rest and get up and get ready to go all over again. Never stop. That is what we have to do with what happened to Kavanaugh and this confirmation process. It was heartbreaking, but I think women are not going to recede. Women are going to continue to confront what took place in that confirmation and him. He won’t rest easy in his job.

WILSON: For anyone who feels like politics is too difficult for them to understand, where can they start the process of learning and how to get involved?

WATERS: First of all, people have to stop and listen, and analyze what people are saying and what is being said in the media. You’ve got to make that a part of your life to determine you want to know what’s going on. You want to learn the issue and what people are talking about. Then it’s always good to have a mentor. Grab somebody that you think you like and, “you know, can I follow you around a bit?”