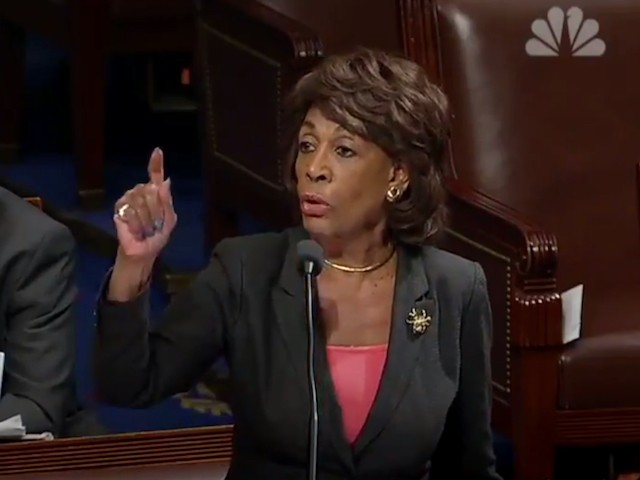 In an interview with Roland Martin, Rep. Maxine Waters (D-CA) defended violent protests, arguing that a protest is about making someone “feel uncomfortable.”

“I told someone the other day who is trying to say that we’re violent when we protest, protest is about making you feel uncomfortable,” Waters told Martin. “I’m not supposed to come to you and say, ‘May I protest you?’ No, absolutely not.”

She continued, “If your heart tells you that this is what you need to do because you see some injustice, that you see people who are creating you know a terrible time and pain for others and you want to protest to try and make change to try and make it right, then speak what your heart is telling you to do.”

Waters went on to say that Democrats “can’t allow for anybody to intimidate” them and call them “violent.”

After telling voters to “harass” members of the Trump administration and other Republicans in public, and then not walking her comments back, Waters claimed she threatens Trump supporters “all the time.” Last month, she vowed retribution if the Democrats take the House.