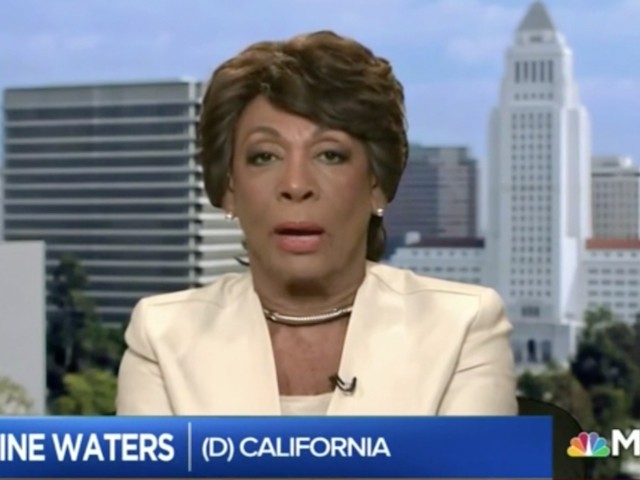 Water said, “Well, I am very saddened to see this situation with desperate people and all of this has being the political ploy of the president of the United States of America. He made this the central part of his platform, that he was going to do something about these migrants who were coming here. He called them killers and rapists, and he certainly did stoke a lot of fear about these migrants who are trying to get in, and so he promised the American people he was going to make Mexico pay for it all, that we would not have to pay a dime for it and now we have this chaos. That’s what he wants. He wants to stoke fear.”

She added, “These migrants who now are facing a closed border and who are rushing, you know, and storming the border certainly that looks bad and looks as if they are at fault of all of this. What we need is comprehensive immigration reform led by the president of the United States in an effort to deal with this problem. But we’re not seeing that from this president. He’s not interested in solving the immigration problem. He’s not interested in credible reform. This, what you see today is exactly what he wants to happen so that he can continue to build up a constituency, afraid of migrants talking about migrants who are dangerous and who are going to take over this country and so it’s unfortunate this is his kind of leadership, failed leadership, that’s what it is.”