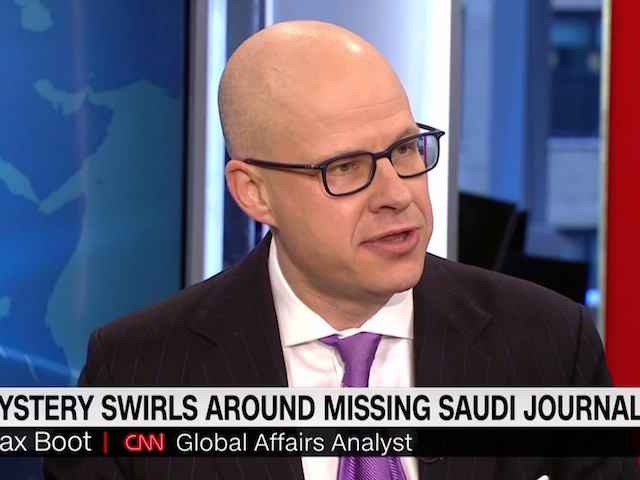 Boot said, “This is so outrageous. This is the complete abdication of American moral leadership. Something I’ve long associated with the Republican Party. That’s part of the reason why I became a Republican in the 1980s. And it’s so shocking to me to see a Republican president who has no interest in leading on these issues.”

He added, “Donald Trump seems to view the presidency, he seems to view the United States as basically being like the Trump organization, a way to make money. So he says, you know, ‘We can’t do anything to Saudi Arabia because we’re selling $110 billion worth of arms.’ We’re not actually. The figure is much lower than that. But even if it were $110 billion, are we willing to sell out our principles, everything we stand for as a country in order to increase arms sales? That’s the kind of amoral behavior we expect from a China or Russia. America’s strength has always been that we stand for something greater. That has been part of our appeal, that’s been part of our power. Donald Trump is sacrificing what makes America great supposedly to make America great again, but he doesn’t understand what that greatness is all about.”