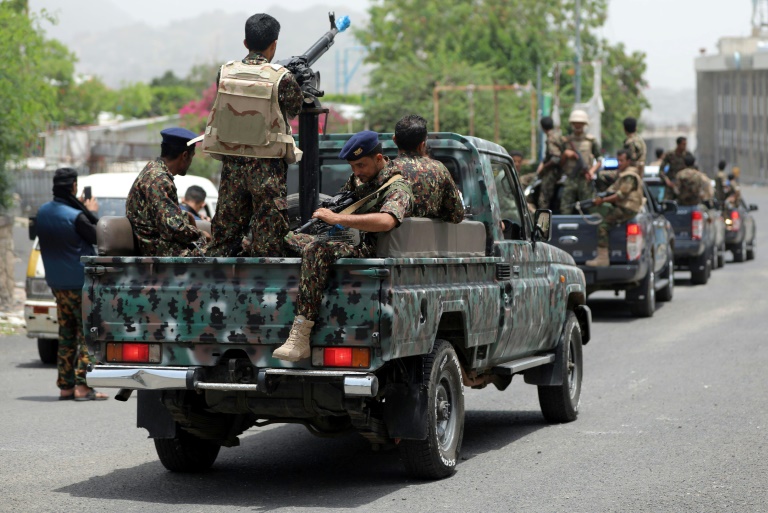 Defense Secretary Jim Mattis and Secretary of State Mike Pompeo signaled Tuesday that U.S. patience has run out on supporting a Saudi-led coalition in a war in Yemen against Iran-backed Houthi rebels.

Mattis appeared to give a 30-day deadline for when all parties to the war need to come to the negotiating table to settle the nearly four-year-old war that has left more than 22 million in need of aid and 16,000 civilians dead.

“Yemen has had more problems than any people deserve to carry, and we’re calling on all the parties, specifically the Houthis and the Arab Coalition, to meet in Sweden in November, and come to a solution,” Mattis said at the U.S. Institute for Peace.

“We can’t say we’re going to do it sometime in the future. We need to be doing this in the next 30 days. We’ve admired this problem for long enough down there,” he added.

Mattis’s remarks follow a recent trip he took to the Middle East to meet with counterparts. It also follows outrage in Washington after Saudi columnist Jamal Khashoggi was allegedly killed after visiting the Saudi embassy in Istanbul, Turkey, to obtain a marriage license.

A bipartisan coalition of members of Congress has also been working for months to cut off U.S. military support to the Saudi-led coalition since last year and has vowed to renew the fight after the midterm elections.

The Obama administration first began providing support to the coalition in March 2015, in the form of intelligence, refueling, and other logistical support, as well as arms sales. In January 2015, the Houthis seized the presidential palace in Sana’a, forcing President Abdrabbuh Mansur Hadi to flee south to Aden.

Saudi Arabia, fearing an Iran-backed Houthi takeover of neighboring Yemen, led the effort to restore the Hadi government. The war has continued to grind on, however, with reports of a mounting humanitarian crisis.

U.S. support was somewhat reduced towards the end of the Obama administration, but continued under the Trump administration. Mattis on Tuesday defended that support, which he said was aimed at helping Saudi pilots avoid civilian casualties.

But, he said, “The longer term solution — and by longer term, I mean 30 days from now — we want to see everybody around a peace table based on a cease fire, based on a pull back from the border, and then based on ceasing dropping of bombs, that will permit the [United Nations Special Envoy to Yemen Martin Griffiths] to get them together in Sweden and end this war. That is the only way we’re going to really solve this.”

“This has got to end, we’ve got to replace combat with compromise.”

The time is now for the cessation of hostilities, including missile and [drone] strikes from Houthi-controlled areas into the Kingdom of Saudi Arabia and the United Arab Emirates. Subsequently, Coalition air strikes must cease in all populated areas in Yemen.

Substantive consultations under the UN Special Envoy must commence this November in a third country to implement confidence-building measures to address the underlying issues of the conflict, the demilitarization of borders, and the concentration of all large weapons under international observation.

Elana DeLozier, a research fellow in The Washington Institute’s (TWI) Bernstein Program on Gulf and Energy Policy, and U.S. Air Force Lt. Col. August Pfluger, a military fellow at the TWI, wrote that the remarks from Mattis and Pompeo represented a “shift” in the U.S. government’s public position on Yemen.

“Previously, the Trump administration’s position centered on cautious support of Gulf coalition efforts against the Iranian-supported Houthi rebels,” they wrote in an analysis piece.

“The change in public positions comes in the wake of the Jamal Khashoggi affair, and amid mounting congressional pressure to end the war or halt U.S. support for the coalition. Adding to the urgency, Lise Grande, the UN’s humanitarian coordinator for Yemen, suggests the country may face the worst famine the world has seen in a century by year’s end,” they added.

“If talks do convene, they would represent the first real effort to end the war since the Kuwait negotiations collapsed in 2016, so Washington and its partners should do what they must to seize this opportunity.”