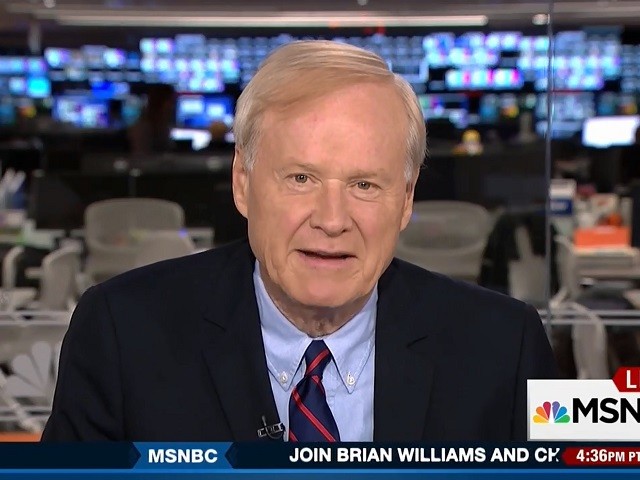 Matthews began by giving a scenario, “that the Republicans will not like.” Matthews’ scenario was one where Republicans “confirm Kavanaugh next Thursday. He becomes a lifetime member of the Supreme Court. He’s in business on the court, deciding issues like Roe v. Wade and things like that. And come the Sunday night or the Monday night before the next election, the midterm elections, the accuser, Dr. Ford, appears on television, and gives her full story to a reporter, to an anchorperson, and it’s deadly, it’s deadly. And they’re stuck with this confirmation. … If I were the Republicans, I’d think two or three weeks ahead, or even a month and a half ahead and know where you’re putting yourself.”