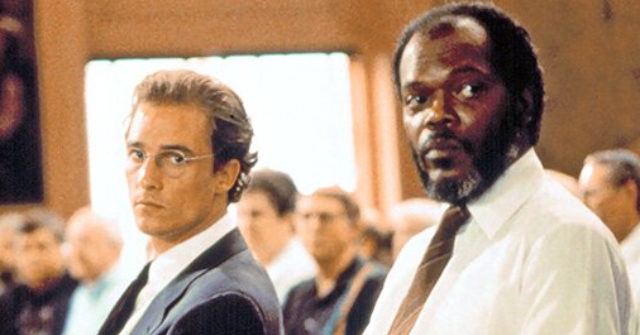 Some 25 years after the Joel Schumacher-director A Time to Kill hit theaters, Oscar-winning actor Matthew McConaughey is reportedly in talks with HBO to reprise his critically acclaimed role in a sequel to the racially charged courtroom drama.

McConaughey’s performance as defense attorney Jake Brigance made him a bonafide star and set him on the path to leading man status. Now, after the publication of author Grisham’s follow-up, entitled A Time for Mercy, the actor is in talks to reprise the role in a limited series for the cable network, Deadline reported. Insiders told the outlet the series would be between eight and ten episodes.

The sequel series would again be set in rural Clanton, Missouri, but instead of defending a black man accused of murdering a white person, the plot will bring McConaughey’s Jack Brigance to defend a troubled teen accused of killing a police officer. In the book, Brigance runs against a town that wants a swift conviction and death penalty for the accused teen. But as he delves deeper into the case, Brigance finds a broad conspiracy in the murder that drives the town into a frenzy and puts the attorney and his family in danger.

If he signs on, the project will mark McConaughey’s first return to HBO since his 2014 role in the cabler’s standout True Detective series.

The Lincoln Lawyer star has spent much of this year promoting his book, Greenlights. He is also the main promoter and organizer for a virtual concert to raise funds to benefit victims of this year’s brutal winter storm in Texas.

Then there is talk of his possible run for governor in the Lonestar State. It is not known how a run for office might impact the coming HBO project.