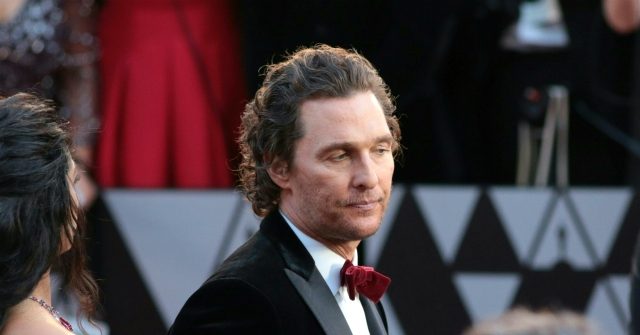 Hollywood actor Matthew McConaughey asked how he can “do better as a white man” in a conversation with former NFL linebacker Emmanuel Acho, who told the Oscar-winning movie star that he needs to acknowledge that he has “implicit bias” against black people.

Acho told the Dallas Buyers Club star that “you have to acknowledge that there’s a problem so that you can take more ownership for the problem.”

“Individually, you do have to acknowledge you have a bias. And fix it.”

Acho also informed McConaughey that the least offensive term for a black person is “black” and not “African-American.”

“There’s some black people that don’t identify as African because that heritage got stripped from them during slavery,” he explained.

McConaughey asked about the Black Live Matter movement, to which Acho replied by comparing racism to COVID-19.

Acho told the Hollywood star that he doesn’t think equality exists in the United States due to the legacy of slavery. “There’s still a wake from slavery,” he explained.

The two also discussed the term “white allergies,” which is the apparent belief that all white people harbor a mild, unconscious racism that can manifest itself in casual ways, including through back-handed compliments to minorities.

Acho cited the example of his own youth, when his white classmates would note that he didn’t talk or act like a black person.

Matthew McConaughey has kept an active public profile since the Chinese coronavirus outbreak, using his social media accounts to encourage people to stay at home.