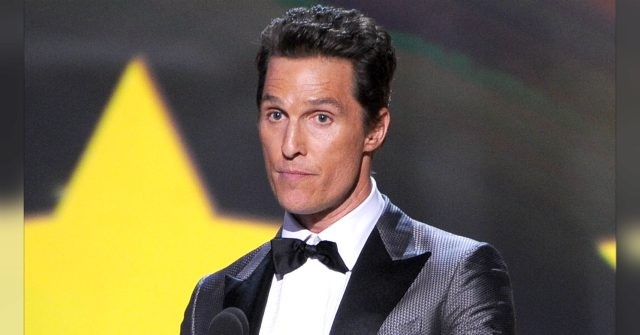 Actor Matthew McConaughey is looking to head off potential national unrest by urging Americans to accept the results of the presidential election, and “embrace” the winner, no matter who wins.

Appearing on Wednesday’s Fox & Friends to promote his new book, Greenlights, the Lincoln Lawyer star urged America to just get on with life no matter who wins the election on Nov. 3. McConaughey noted that “It’s not inevitable who’s going to win” next month and said it isn’t helpful to be “in denial” over the results.

“After that happens,” the actor said of the election, “whether it’s an incumbent or whether it’s Biden, after it happens is when it’s time to get constructive and not be in denial.”

McConaughey added that getting upset over the winner is just not constructive. “It’s time to get constructive and not deny the fact of whatever’s happened and embrace the situation,” he said of the future results.

“Whoever is going to be commander in chief and president of the United States of America, that’s not something, hopefully, that we’re going to deny or be able to argue,” The Gentleman star said, adding, “I hope it’s a clean election. Whichever way it goes, I hope it’s clean and that there’s no debate.”

McConaughey may earn some anger from the left for his comments but this is not the first time he has urged America to simply accept the results of a presidential election.

In 2017, right after Donald Trump won his first term, Matthew McConaughey urged Hollywood to put aside the turmoil and “embrace” Trump as our president.

After Trump’s inauguration, the actor said, “it’s time for us to embrace and shake hands with this fact. And be constructive with him over the next four years.”