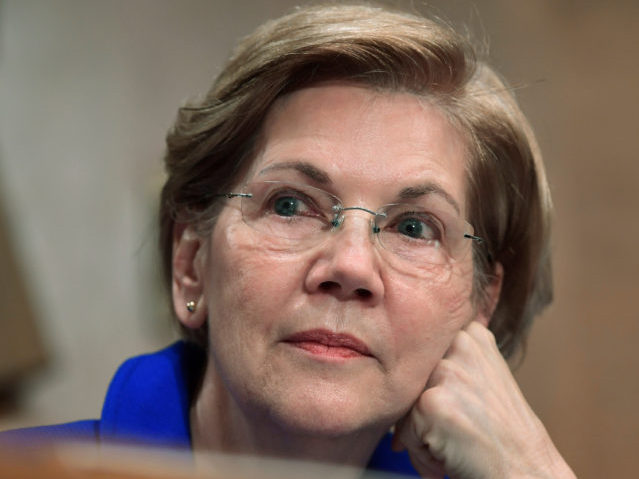 Everett, Massachusetts, Police Chief Steve Mazzie says Sen. Elizabeth Warren (D-MA) — whose being challenged by populist conservative Geoff Diehl — is “out of touch” with law enforcement in the state and has been “disrespectful” to all Americans working in the criminal justice system.

In an exclusive interview with Breitbart News Political Editor Matt Boyle on SiriusXM Patriot’s Breitbart News Saturday, Mazzie called out Warren for her recent comments where she called the U.S. justice system “racist.”

“Let’s just start with the hard truth about our criminal justice system,” Warren said in August. “It’s racist. It is. And when I say our system, I mean all the way. I mean front to back.”

Mazzie said Warren’s comments are “not only disrespectful to the officers, but to everyone else that’s involved in this system.”

To me, it sounds like the Senator is out of touch with what’s going on with people in the profession in her own state to make that kind of statement. Those kind of comments, they’re disrespectful, they’re harmful, they’re divisive, it doesn’t reflect the criminal justice system that I’ve worked in the past 26 years. [Emphasis added]

“She then followed up in the days after that, she claims that we believe the system needs reform and needs change,” Mazzie said. “But I don’t think it’s the kind of reform and change that she’s talking about. When you have officers getting killed in a state like ours, shot to death, multiple officers … and sometimes these people could have been kept off the street, it hurts. It hurts everybody.”

Warren’s challenger in her U.S. Senate race, Geoff Diehl, recently made headlines when he picked up endorsements from two police unions, including the Boston Police Patrolmen Association. Diehl has also won the endorsement of the Immigration and Customs Enforcement (ICE) union.