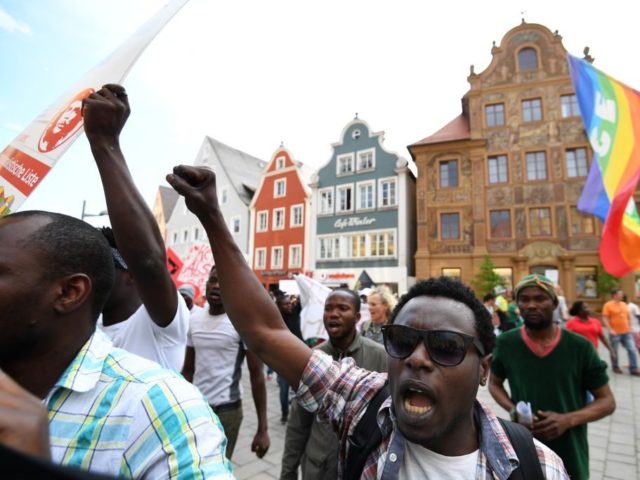 A majority of Germans say the level of mass migration has left them feeling “like a stranger in their own country”, according to a new study.

Presented as part of this year’s Leipzig University research into “authoritarian” attitudes in the country, the figure showed a rise of 12 points since the Competence Center for Right-Wing Extremism and Democracy Research tested Germans on the same questions in 2014, with 56 per cent of Germans expressing the sentiment in 2018.

Other findings from the 328-page study, for which 2,416 Germans were interviewed between May and July this year, were that 44 per cent would support a ban on Muslim immigration — a rise of 7.5 per cent from 2014 — with agreement higher in the nation’s east (51 per cent) than west (42 per cent).

Citing figures which showed that 36 per cent of respondents believe Germany has been “dangerously watered down” by mass migration, researchers at Leipzig warned in a press release: “We are seeing high levels of approval for the attitude that has been considered an ‘entry-level drug’ into right-wing extremism.”

More Than Half of German Welfare Recipients Come from Migrant Backgrounds https://t.co/M2sxjhvkbp

Germany’s international public broadcaster, Deutsche Welle, reported on the study with some alarm, claiming figures showing 60 per cent of respondents agreed that Romani Gypsies were more prone to commit crime — 5 per cent more than in 2014 — and that this signalled rising “hatred” in the German population.

While more than 90 per cent of Germans said they were a fan of democracy, the rise in ‘xenophobic’ attitudes poses a threat to the democratic system, according to the study’s lead author, Oliver Decker.

Asserting that the majority of the public has the concept of democracy all wrong, he said that “only about half of respondents are satisfied with democracy in practice”, pointing to the figure which showed 47 per cent of Germans disapproving of “open society” principles as evidence that, as the broadcaster phrased it, “democracy itself could be threatened by democratically elected politicians”.

“This discrepancy between values is a problem in representative democracy,” according to the Leipzig press release, which noted that the public feels powerless in terms of their ability to exert influence on Germany’s politics.

A study by think tank the Bertelsmann Foundation reported last month showed the so-called political centre in the country was in danger of hollowing out, with fewer voters identifying as centrist while populist attitudes such as the desire for more “sovereignty” rose on both the left and right.