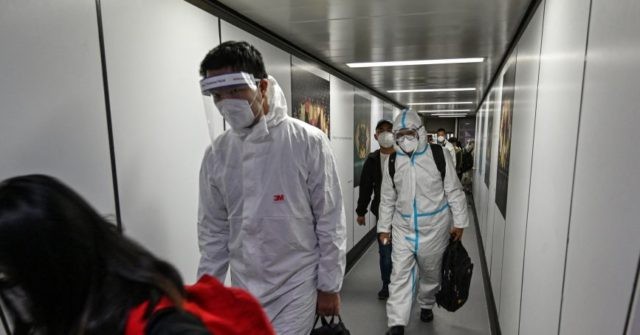 Experts suggest face coverings are expected to remain mandatory on domestic and international flights for years to come.

Travellers will most likely be required to wear masks during plane journeys for the foreseeable future, despite nations around the World beginning to tone down restrictions as a result of the less deadly – compared to previous coronavirus strains – omicron variant.

Masks are expected to remain a requirement on flights like other outdated security protocols – potentially indefinitely – due to the varied approach to restrictions and mask-wearing policies around the world.

While the United Kingdom relaxed rules for mask-wearing in most scenarios in England on the 26th of January 2022 – which Prime Minister Boris Johnson said he and his team decided to do after looking “at the data carefully” – other nations and regions have stricter rules, with the U.S. state of California requiring everyone above the age of 2 to wear a mask in all public indoor settings regardless of vaccination status. Spain also requires the use of a mask in “many” indoor as well as outdoor public areas.

An airline source told The Times that: “the rules in the U.S. are very clear on masks. It would be ridiculous of us to ask passengers to put them on when we enter their airspace”. Instead, passengers will most likely still be required to wear masks for the whole journey – bar if they are eating or drinking – even if the country their journey originates from takes a relaxed approach to mask requirements.

The Times reports that UK airlines are in agreement to “act as one” and will only lift mask requirements when there is “international consistency” in terms of attitudes towards mask-wearing.

Speaking to The Times, Neil Sorahan, Ryanair’s chief financial officer, said: “Masks will be something that will be with us for a while longer to come”. Sorahan also highlighted that the airline industry is slow to remove safety procedures once they are introduced such as removing liquids from hand luggage so they’re scanned separately at security checkpoints.

The restrictions on liquids where passengers can only carry 100ml of any type of liquid and that it has to be taken out of hand luggage ats security came as a result of an attempted terrorist attack in 2006, where an al-Qaeda cell consisting of three British Muslim men had planned to blow up multipe planes in suicide bombing attempts with homemade liquid explosives. The attack was said to have had the potential to be “three times as deadly as the 9/11 attacks of 2001″.

Despite security technology advancing so authorities are now able to scan liquids for explosives at airports, the rules surrounding liquids still remain in place, and are unlikely to change in the near future.

Majority of Britons Back Continued Mask Mandates, Would Feel Unsafe Without Them https://t.co/l4kyYFLnTN