ROME — Pope Francis has continued to keep his face uncovered and shake hands in his meetings with the faithful, despite the Vatican’s imposition this week of an outdoor mask mandate in the small city-state.

During his weekly general audience on Wednesday, the unmasked pope kissed babies, signed memorabilia, and shook hands with pilgrims, much as he does in ordinary times. At the same time, the pontiff has insisted on obedience to political leaders, who this week extended Italy’s state of emergency to 2021 and imposed outdoor mask-wearing on the entire nation. 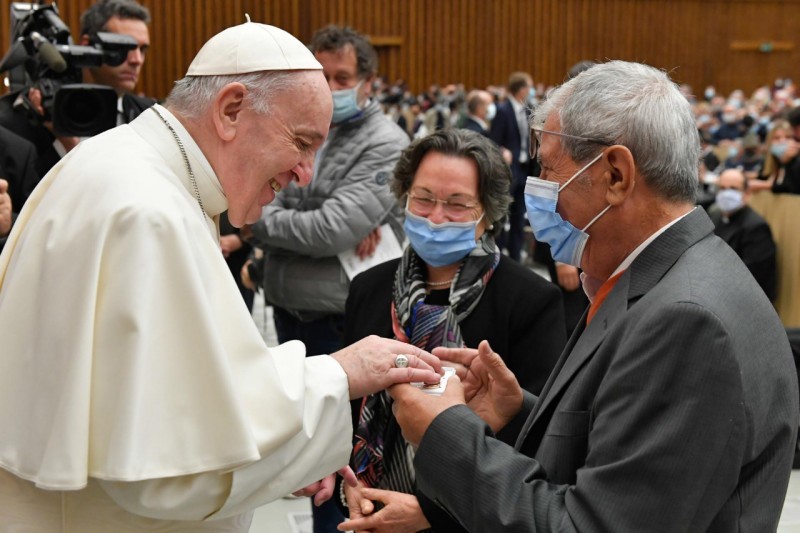 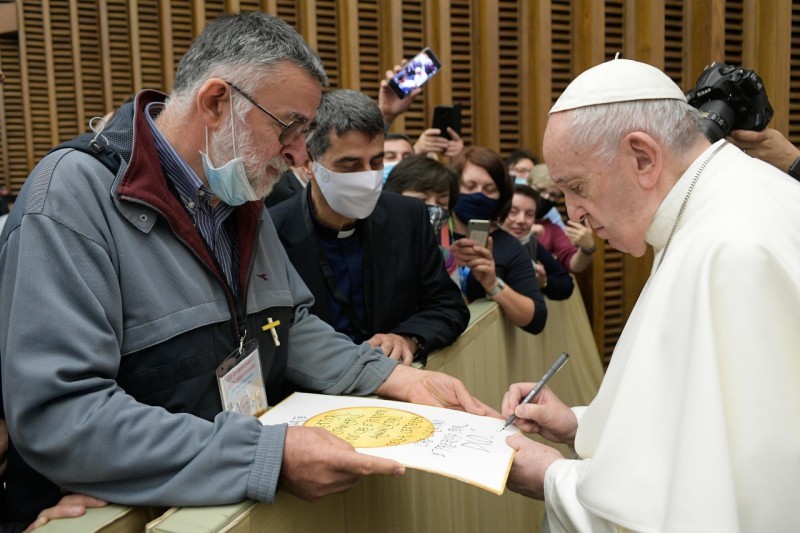 Last June, Francis had sharp words for “disobedient” priests who continued to say public Mass for the faithful and to hear confessions during the coronavirus lockdown, accusing them of behaving like “adolescents.”

Francis praised “the pastoral zeal and creative concern of priests” who helped people to continue along the path of faith without feeling alone during the lockdown, but drew the line at those who bucked civil decrees calling for the suspension of the sacraments.

“In a few cases, this priestly creativity turned into adolescent expressions of rebellion against the regulations of the authorities, who have an obligation to safeguard the health of the people,” Francis said, “But most were obedient and creative.”

Last month, the Daily Mail noted the pope’s seeming disregard for norms regarding mask-wearing with a flurry of photos showing him in close proximity with crowds with face uncovered.

“The Vatican imposed an outdoor mask mandate this week in the tiny city state in the center of Rome,” the AP stated. “Pope Francis, however, didn’t wear a mask during his indoor general audience Wednesday, even as he greeted well-wishers and shook their hands.”