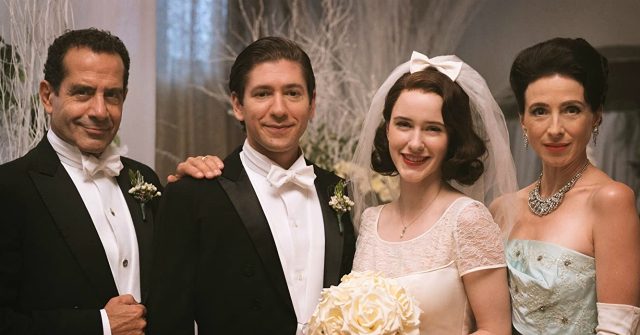 The cast of Amazon Studios’ hit comedy The Marvelous Mrs. Maisel will be front and center on Tuesday at a virtual fundraiser for Joe Biden’s presidential campaign.

Amy Sherman-Palladino, creator of The Marvelous Mrs. Maisel, along with actors Rachel Brosnahan, Tony Shalhoub, Alex Borstein, Michael Zegen, and Marin Hinkle will be hosting a “virtual conversation” for the benefit of the Biden-Harris campaign. The virtual event will also include a musical performance by actress Kerry Butler.

This event, of course, is not the Biden campaign’s only attempt at summoning celebrity support in order to propel the former vice president to the White House ahead of the November election.

In a move meant to appeal to black voters, Biden’s presidential campaign recruited New York battle rappers Charlie Clips and DNA to perform in a political ad in which DNA raps at Charlie Clips in an attempt to get him to vote for the Democrat presidential ticket in the upcoming election.