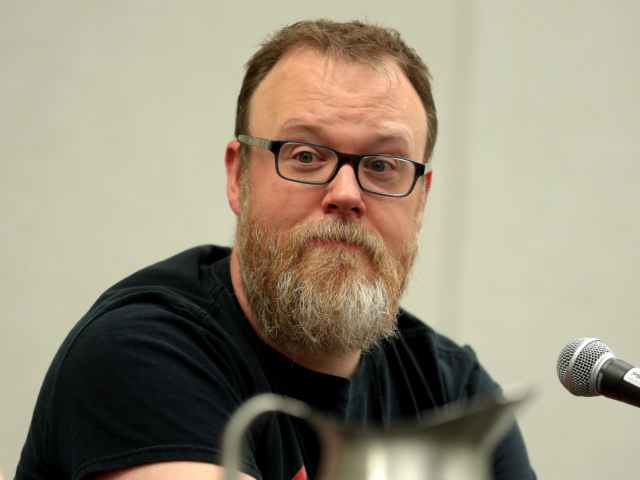 A writer for Marvel comics and the Star Wars extended universe has been fired from his job after posting a number of explicit tweets attacking Republicans and the GOP over the confirmation of Brett Kavanaugh.

Chuck Wendig, the author of a number of Star Wars novels and the current Star Wars comic book published by Marvel Comics, has been fired from Marvel following his explicit-laden tweets about conservatives, Republicans and the confirmation of Supreme Court Justice Brett Kavanaugh. In a series of tweets, Wendig stated that he was fired from writing the remainder of the Marvel Star Wars series: “because of the negativity and vulgarity that my tweets bring… It was too much politics, too much vulgarity, too much negativity on my part.”

The “negativity” that Wending is referring to can be seen in some of his tweets below, which include phrases such as: “Fuck Trump. But he’s just the ugly fake-gold mask they’ve put on this thing. Fuck all the GOP, f*ck that blubbering, bristling frat boy judge, fuck McConnell, Ryan, Grassley, Collins, every last one of them. Fuck them for how they’ve shamed victims and helped dismantle democracy.”

Chuck Wendig, Lucasfilm writer in their EU, goes off the rails. #soylo pic.twitter.com/9hCliKkxf3

Another tweet from Wendig states: “Winter is coming, you callous fucknecks, you prolapsed assholes, you grotesque monsters, you racists and rapists and wretched abusers, you vengeful petty horrors.” When others took issue with Wendig’s tweets, he posted “boy the bots and sock puppets are out in force tonight *flexes block finger*” along with a gif of actress Kristen Bell making a rude gesture.

Wendig published a number of tweets about the issue with the final one stating that he had a “dire fear this is going to get a whole lot worse before it gets better.”

To conclude: this is really quite chilling. And it breaks my heart. I am very sad, and worried for the country I live in, and the world, and for creative people all around. Courage to you all.

I have a dire fear this is going to get a whole lot worse before it gets better.

Marvel confirmed to the Verge that Wendig had indeed been fired but did not want to comment any further on the record.