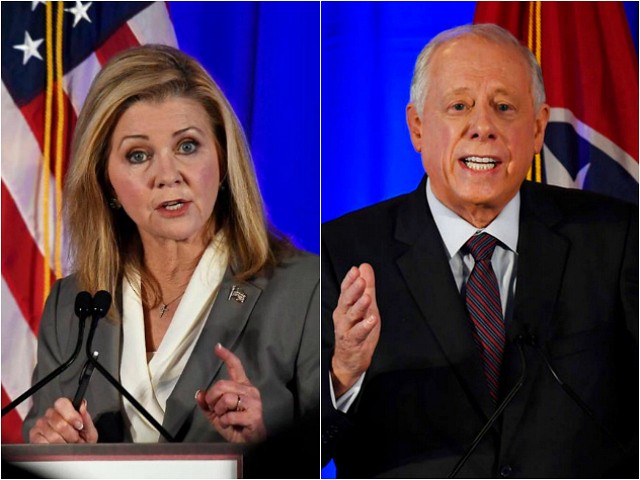 Rep. Marsha Blackburn (R-TN) warned of what a Democrat majority in the Senate would look like, offering her remarks in a Thursday interview with Breitbart News Editor-in-Chief Alex Marlow on SiriusXM’s Breitbart News Daily. As the Republican nominee for Tennessee’s soon-to-be open Senate seat, her Democratic opponent is former Tennessee Governor Phil Bredesen.

Marlow said, “In most cases, you might not have a great Republican to vote for. I’m a fan of yours, but I’m not a fan of every Republican who’s up for the Senate, but you have to stop the left, right now. This is the point that I keep trying to hammer home.”

Marlow said, “This is the problem with the Democratic Party, right now. It is run by the left.”

If Chuck Schumer were majority leader, Dianne Feinstein would be the chairman of the Judiciary Committee. Now imagine that. Imagine what would happen with Elizabeth Warren, who would be chairman of the Finance Committee in the Senate, or Bernie Sanders who would chair the Budget Committee in the Senate. These are the people that would be running the show for the Democrats. … Tennesseans would never go to the polls and vote for Dianne Feinstein, or Bernie Sanders, or Elizabeth Warren, but a vote for Phil Bredesen is a vote for every one of them.

Blackburn contrasted her positions on illegal immigration and border security with those of her opponent.

“He is pro-abortion,” added Blackburn. “I am pro-life. There’s another contrast.”

Corker’s surprising announcement came one day after the publication of the third story in a series by Breitbart News that documented his sweetheart deal investment in a Mobile, Alabama retail center arranged by a law firm that donated $28,000 to Luther Strange’s Senate campaign. In that deal, Corker is expected to receive more than $3 million in sales tax payments made by Alabama consumers to the City of Mobile over the next twenty years as part of a sales tax rebate incentive to a development company in which Corker has a 13 percent ownership interest.

An average of polls at RealClearPolitics has Blackburn currently holding a half-point lead (46.8 percent to 46.3 percent) over Bredesen.