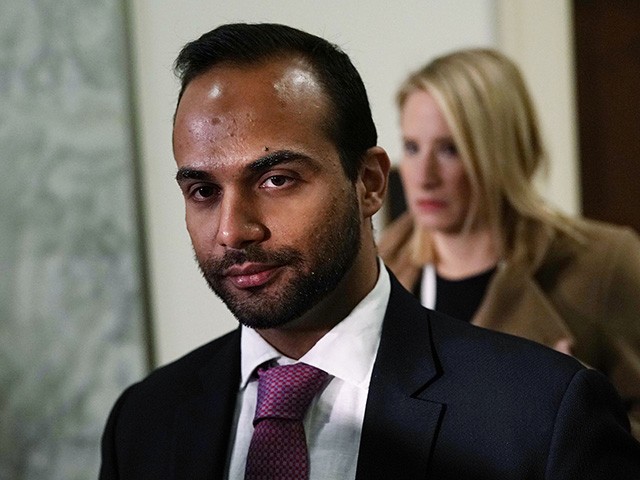 “Over several interviews, we’ve learned information suggesting the FBI secretly transcribed, and even taped, George Papadopoulos in 2016,” tweeted Meadows, a member of the House Committee on Oversight and Government Reform. “If these “tapes” do exist, the DOJ must make them available to Americans immediately. Their complete refusal to be transparent helps no one.”

If these “tapes” do exist, the DOJ must make them available to Americans immediately. Their complete refusal to be transparent helps no one.

The eye-opening admission comes after Papadopoulos made his first appearance last Thursday before congressional investigators, part of an effort to clear his name after pleading guilty in special counsel Robert Mueller’s Russia probe.

Papadopoulos, who admitted lying to the FBI and was sentenced in September to two weeks in prison, met behind closed doors with two House committees for nearly seven hours. Republicans leaving the meeting said it raised more questions about the start of the FBI’s Russia investigation in 2016, further fueling their suspicions that there was bias against then-candidate Donald Trump at former President Barack Obama’s Department of Justice.

Papadopoulos spoke briefly to reporters as he left. “I answered as truthfully as I possibly could,” the former Trump campaign staffer said.

The interview is one of several the House Judiciary and Oversight and Government Reform panels are conducting as part of their investigation into the Justice Department. Democrats say the investigation is an attempt to undermine Mueller, who was appointed last year to take over the FBI probe into Russian interference in the 2016 election.

Papadopoulos pleaded guilty to lying to the FBI about his contacts with Russian intermediaries during the 2016 campaign. Since being sentenced, he has been eager to talk publicly.

Papadopoulos tweeted before the interview that he would like to talk to Congress about his “suspicious encounters” with an Australian diplomat and a professor who were links to his case. [I]f my lawyers are fine with me testifying, I am more than happy to discuss my suspicious encounters with Alexander Downer; US officials who were reaching out to me around that time, Stefan Halper, “Putin’s niece” and of course Joseph Mifsud,” Papadopoulos wrote in a tweet addressed to Senate Intelligence Committee Chairman Richard Burr (R-NC) and Vice Chairman Mark Warner (D-VA).

Hons: @SenatorBurr and @MarkWarner if my lawyers are fine with me testifying, I am more than happy to discuss my suspicious encounters with Alexander Downer; US officials who were reaching out to me around that time, Stefan Halper, “Putin’s niece” and of course Joseph Mifsud.

His lawyer sent a letter to the committees this week in which he listed nine people related to his case that he wanted to discuss, including both of those men. Neither Papadopoulos nor lawmakers leaving Thursday’s interview would say what was discussed, citing committee rules on confidentiality.

“These facts continue to lend themselves to the narrative that there were folks in the Obama FBI and Justice Department that prejudged Hillary Clinton’s innocence, and prejudged Donald Trump’s guilt or involvement with the Russian government and potential collusion,” Rep. John Ratcliffe (R-TX) said, as quoted by the New York Times.

Papadopoulos, who served as a foreign policy adviser to Trump’s campaign, has been a central figure in the probe dating back before Mueller’s May 2017 appointment. He was the first person to plead guilty in Mueller’s probe and the first Trump campaign adviser to be sentenced. His case was also the first to detail a member of the Trump campaign having knowledge of Russian efforts to interfere in the 2016 presidential election while it was ongoing.

According to a sweeping indictment, Russian intelligence had stolen emails from Hillary Clinton’s campaign and other Democratic groups by April 2016, the same month Papadopoulos was told by the professor, Joseph Mifsud, that Russian officials had told him they had “dirt” on Clinton in the form of “thousands of emails.” According to a New York Times report last year, Papadopoulos then told the Australian diplomat, Alexander Downer, who tipped off the FBI. It was that tip that triggered the FBI’s Russia investigation.

Later, Papadopoulos lied about those contacts, telling a judge during sentencing that he was “deeply embarrassed and ashamed” of his lies.