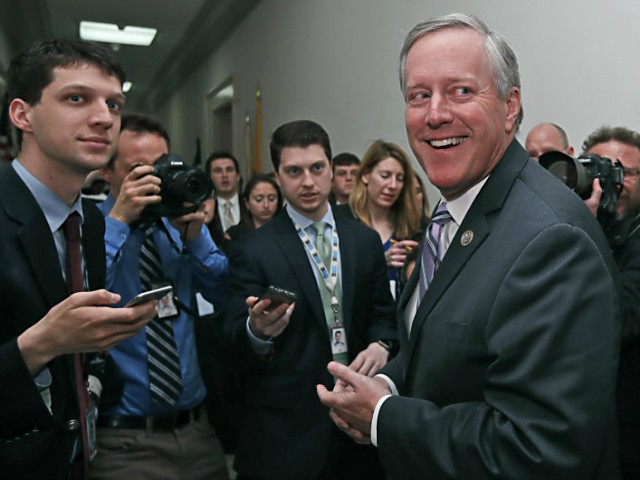 House Freedom Caucus chairman Mark Meadows said Monday it would be an “incredible honor” to serve as President Donald Trump’s chief of staff.

“Serving as chief of staff would be an incredible honor,” Meadows told Politico just hours after news broke that Meadows is on the short list of contenders to replace outgoing White House chief of staff John Kelly. “The president has a long list of qualified candidates, and I know he’ll make the best selection for his administration and for the country.”

Meadows was named as a contender by Axios late Sunday in a report citing three sources. The report added that three others were also under consideration. The news coincided with revelations that top contender Nick Ayers, chief of staff to Vice President Mike Pence, was out of the running. Ayers went further to reveal that he would be leaving the administration altogether at the close of 2018. Ayers will be moving on to work for an outside group:

Thank you @realDonaldTrump, @VP, and my great colleagues for the honor to serve our Nation at The White House. I will be departing at the end of the year but will work with the #MAGA team to advance the cause. 🇺🇸 #Georgia

Meadows has served as a member of Congress from North Carolina since 2013 and is the chair of the powerful conservative House Freedom Caucus.

President Trump announced Saturday that Kelly would be departing the White House by the end of the year. The move falls in line with expectations that administration position shakeups would commence following the November midterm elections.