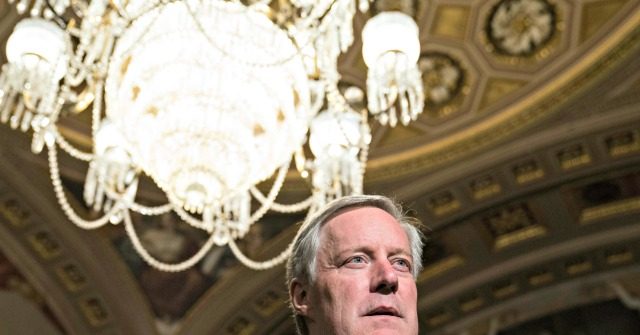 “I mean, by some estimates, we’ll have almost two million people crossing the border illegally this year, and when you start to look at those kinds of numbers,” he said. “There is no other way to describe this than this is really Joe Biden’s Hurricane Katrina moment. He is ignoring what’s happening down on the southern border. You know, you went down, your opening monologue and in the way that you’ve covered the border is unique because most of the media, they’re not going down.”

“In fact, we have Democrat members who would rush down when it was President Trump addressing the southern border, and now, they’re saying, ‘Oh, well, we shouldn’t look at it. We shouldn’t address it,’” Meadows continued. “And it’s the overwhelming message that it sends to two different groups. The message that it sends to those who are coming across the border illegally: ‘Come on in. The border is open.’ And the message to the American people is Joe Biden really doesn’t care about the impact that it is going to cause in communities across this country.”