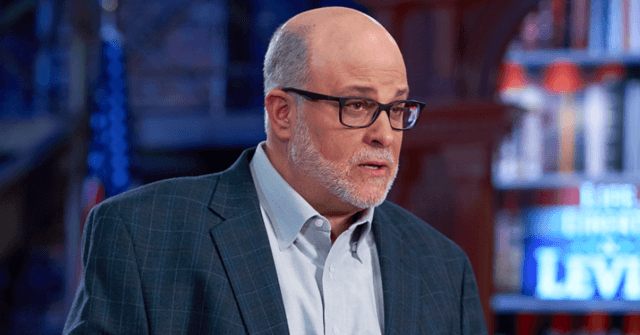 Thursday, conservative talker Mark Levin railed against the Democratic Party during an appearance on FNC’s “Hannity.”

Levin accused those within the Democratic Party of hating America and criticized the party ideology for hurting middle-class Americans.

HANNITY: Here with reaction to all the big news tonight is the host of the number one show Sunday night, “Life, Liberty and Levin,” nationally syndicated radio host, the number one books — best bookseller of last year, “American Marxism,” I call him the great one Mark Levin.

I’ll let you start anywhere, but I — at the end of the show is going to remember our dear friend Rush. It’s one year ago today, Mark, that we lost —

HANNITY: — you know, the greatest of all time, the guy that paved the way for both of us.

LEVIN: Irreplaceable in so many respects and we need him more now than ever. He was our George Washington quite frankly.

And there’s so much that they hate about America that we have a vice president who’s probably among the dumbest vice presidents in American history and there have been many stupid ones who makes comments about this country that are just so vile and so repugnant.

And I would say this to Kamala Harris: you need to go over to these military cemeteries and take a look and take a look at all those crosses and those Stars of David and think about all the men and all the women who died for this country that you trash, that made who you are and what you are possible because God knows you haven’t invested into this country what those people did and what those families did.

There was a piece in The New York Times the other day trashing individualism. That’s what the whole country is about.

We now have an individual in Canada who reflects the same ideology. We actually now have a totalitarian regime on our northern border.

Let’s not fool ourselves, what that prime minister — whatever the hell he is — is doing to the people of Canada is a disgusting disgrace. He is the Vladimir Putin of Canada and as soon as they have an opportunity, they need to kick his ass out of that office and make sure they don’t kick it down here.

They would get sick and they would go to their jobs anyway, and they made this country and Canada and all other countries they worked in function. They put food on our tables, they put gasoline in our automobiles. They did what we needed to do to survive as a country, as a country, when the Chinese unleash this virus against us by not telling us about it ahead of time.

Now, because they resist these mandates, because so many of them have natural immunity which the Israelis have said is multiple times more effective than any of these vaccines, now, they’re the enemy.

No, no, no, today, it’s the truckers. Yesterday, it was the parents. The day before that, it was the nurses. In other words, middle America, the people who make this country work.

The Democrat Party in this country needs to be crushed, and I want the American people to understand something — you have it within your power to take this country back. They will not be crushed unless you crush them.

You know how I know it? Or we’d all pack up and we go somewhere else. Our borders are overrun with people who want to escape their lousy cultures and their lousy countries to come here.

He was asked about it directly by a reporter and he said — well, we won’t be pushing the Biden progressive agenda. Well, that’s — that’s very heartwarming. And then he says, we want to have bipartisanship, we want to meet somewhere in the center with our Democrat friends so we can get things done.

Mitch McConnell, if he’s not thrown out, Republicans, we’ll never advance. He is fossilized. He’s a disaster. We need smart, new, revolutionary leadership. That’s it!

All right. The great one, that’s why we call them the great one. “Life, Liberty and Levin,” Sunday night, number one show, don’t miss it.