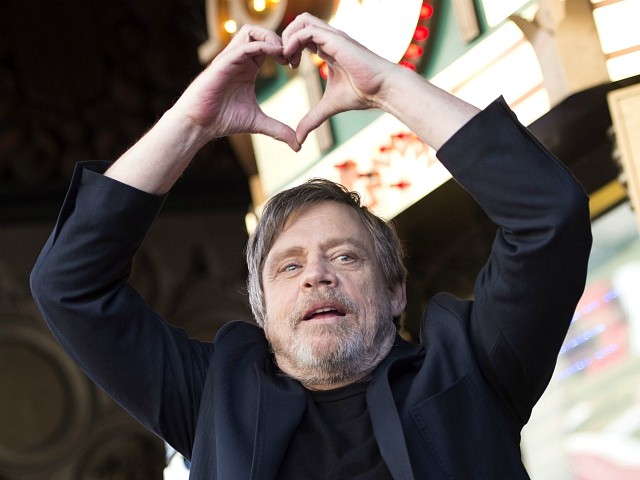 Star Wars actor Mark Hamill says that it is time for women to “take charge completely” of politics because centuries of male-dominated rule government has led to “poor results.”

Retweeting a photo of six new members of Congress, most of whom are far-left Democrats including Alexandria Ocasio-Cortez, Rashida Tlaib, and Ilhan Omar, Hamill suggested that men had delivered “middling-to-poor” results over the centuries that they have been in charge.

“For centuries, men have had their chance to rule government with middling-to-poor results,” Hamill wrote. “Who’s ready to let women take charge completely? Just women. I know I am.”

For centuries, men have had their chance to rule government with middling-to-poor results. Who’s ready to let women take charge completely? Just women. I know I am. https://t.co/VRTurft6DG

Hamill’s suggestion comes a week after the midterm elections, which saw a record number of women elected to the House as Democrat’s regained control of that chamber.

The 67-year-old actor, best known for his role as Luke Skywalker in the Star Wars franchise, regularly uses Twitter to display his progressive virtue, with most of his attacks aimed at President Donald Trump and his cabinet, who he has described as “full of really despicable people.”

Last year, Hamill joined a campaign to buy Twitter with the aim of banning Trump from the platform on the premise that it would reduce the likelihood of a nuclear war. In 2012, Hamill also claimed that Republican presidential nominee Mitt Romney was “not actually human” as he sought to drum up support for Barack Obama’s re-elect campaign.