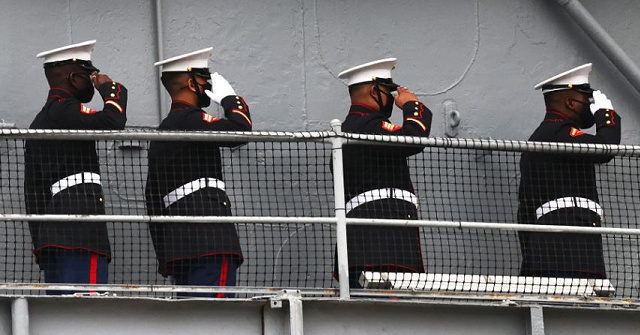 The Marine Corps on Thursday announced that, as of February 16, 640 Marines have been discharged for not complying with the Biden administration’s coronavirus vaccine mandate.

“To date, 640 Marines have been separated from the Marine Corps with the vaccine refusal discharge code,” the service announced in a release.

That figure is up from 566 Marines discharged as of last week and brings the total number of troops discharged so far to more than 1,000.

The Marine Corps has by far discharged the most service members for not complying with the vaccine mandate.

There appeared to be no change in the number of Marines, active and reservists, who opted to get the vaccine last week, leaving an estimated at least 9,000 Marines who are unvaccinated.

The Marine Corps also said in its release that it approved three more requests for religious accommodation since last week, for a total of six approved out of 3,595 requests.

The service did not provide any information about why those three additional requests were approved.

There are 1,007 approved administrative or medical exemptions, according to the service.

In a recent letter to Rep. Darrell Issa (R-CA), the Marine Corps said it approved the first three requests for Marines who were on terminal leave or in the process of leaving the Marine Corps already, as reported by Breitbart News.