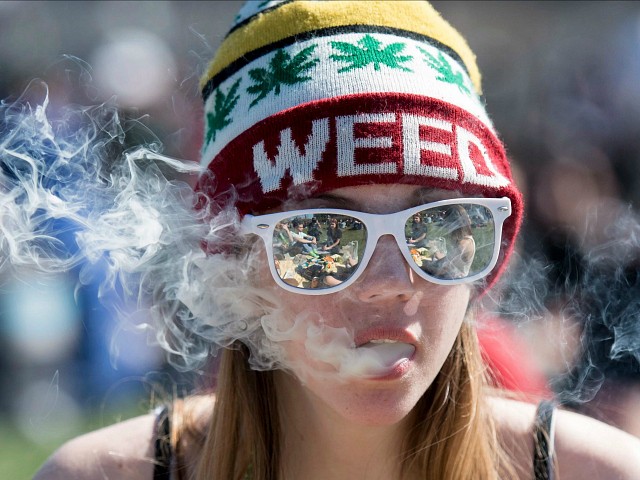 The cannabis industry is celebrating the resignation of Attorney General Jeff Sessions on Wednesday afternoon.

Sessions resigned at the request of President Donald Trump. Though his resignation had no connection to drug policy, Sessions was known favor strong enforcement of existing federal laws against marijuana, and Trump was said before the election to be preparing new federal rules to allow states to set their own policies on marijuana.

A press release from Nisonco, which handles public relations for the cannabis industry, included celebratory quotes:

Derek Peterson, CEO of Terra Tech: “Attorney General Jeff Sessions has been an impediment to the growth of the regulated cannabis industry. We believe we are at a tipping point nationally in terms of voter sentiment, as well as support from lawmakers on both sides of the aisle. With Pete Sessions being voted out and Jeff Sessions resigning, the corridor is now open to accelerate a states rights approach to regulating the cannabis industry.”

Isaac Dietrich, CEO of MassRoots: “We believe it’s increasingly likely Congress could take action to regulate and tax cannabis at the federal level.

We expect the perceived risks related to the cannabis industry to continue to dissipate, which could lead to a shift of institutional capital and interest from Canadian licensed producers to companies focused on the regulated United States market.

As a technology company with exposure to multiple states’ regulated cannabis markets, we believe MassRoots and its shareholders are in a strong position to benefit from these events.”

Dustin Iannotti, Co-founder/Chief Creative Officer of Artisans on Fire: “Jeff Sessions once said, “Good people don’t smoke marijuana.” I say, “Good people aren’t forced to resign from their job.” Sessions has been an earache to the cannabis industry since he took his position in Washington, and I think I speak for the industry when I say his resignation is long overdue and widely applauded. Here’s to continued forward progress for the industry.”

Frank Lane, President of CFN Media: “The resignation of Jeff Sessions marks another key turning point for the cannabis industry, removing a key obstructionist to cannabis reform from the Justice Department. Many cannabis stocks have already surged following the news in hopes that the resignation will usher in a change to federal cannabis policy, including passage of the STATES Act. We are cautiously optimistic ahead of the appointment of a new Attorney General.”

Jeffrey M. Zucker, President of Green Lion Partners: “Jeff Sessions and his ignorance leaving office is a definite win for cannabis patients, the movement, and the fight to end the drug war and its racially disparate enforcement as a whole. It’s a win for social justice and equality to have this close-minded individual out of such an impactful office. We’ll have to wait and see how Matthew Whitaker approaches cannabis, but it can’t get much worse than Sessions, and hopefully this is the start of some federal progress and protection for those participating in cannabis in the many states that have enacted laws. President Trump has seemed amenable to making cannabis a states-rights issue, and it wouldn’t surprise me if we see changes to that effect on the federal level in the near future.”

Khurram Malik, CEO of Biome Grow: “AG Session’s anti-cannabis rhetoric was a lot stronger than any other part of the federal government including congress and the White House. And quite a few things he announced were inconsistent with other parts of the government. Ultimately most of his anti cannabis rhetoric and attempted policies did not have a granular impact. The hope is that there will a lot less confusion and distracting noise coming out of the AG’s office on a go forward basis.

We also still expect the White House to move forward with legalizing medical cannabis at the federal level before the 2020 elections and having an AG that is on board with that would be helpful for all.”

Charlie Finnie, Chief Strategy Officer of MariMed Inc.: “Although we wish Mr. Sessions well, he was woefully out of step with the American people with regard to the myriad health and wellness benefits of cannabis. When the Republican ex-speaker of the House John Boehner writes an Op-Ed piece entitled “Cannabis Should be Legalized,” that tells you all you need to know.”

George Archos, CEO of Verano Holdings: “Yesterday’s election results send a clear message that more Americans want access to medical or adult use cannabis because they have taken the time to get educated about cannabis’ proven health benefits. Former AG Sessions and other government officials lose credibility by maintaining that cannabis has no medicinal value when our own FDA has approved a cannabis derived drug for treating epilepsy.

President Trump has repeatedly stated he will protect state’s rights relative to cannabis and more recently, he stated he is exploring ending the prohibition on cannabis. We are optimistic that a new Attorney General will take President Trump’s cue and quickly reinstate the Cole memo to end ambiguity regarding state’s rights in this matter. Additionally, we hope the new Attorney General will determine that it is not wise to spend tax dollars on incarcerating thousands of people for marijuana convictions, when cannabis has been proven to be safer than the alcohol found in almost every American household.”

Wil Ralston, President of SinglePoint: “Jeff Sessions’ resignation could be a huge event for the cannabis industry, since Sessions has openly been against the industry and used his powers to slow the growth. It will be interesting to see who fills the position and how they utilize the power for this booming industry. One of the biggest potentials here is opening up access to banking, which would be monumental for ancillary service providers like us.”

More states are legalizing medical and recreational marijuana, as the drug has achieved increasing public tolerance.