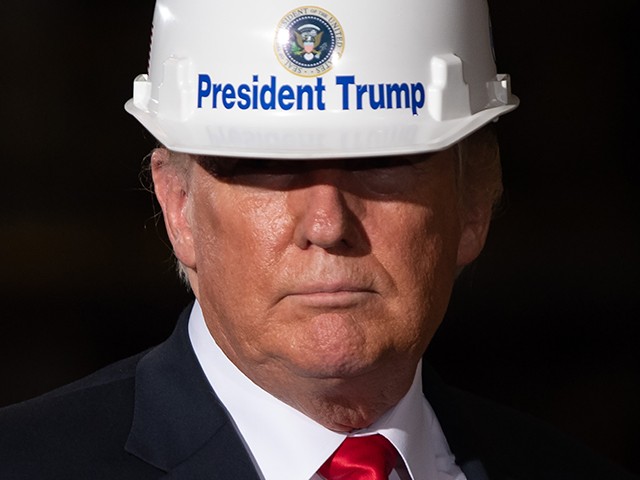 Manufacturing wage growth hit its highest level in over a decade in December and stayed there in January.

The 12-month moving average of wage growth rose to 3.9 percent in December, the highest level recorded since May 2008, according to the Atlanta Fed’s wage growth tracker. January saw wages remain at this very elevated level.

The Atlanta Fed’s wage tracker indicates that wages started moving sharply higher in 2018–just as America’s trade disputes heated up and tariffs were raised on steel, aluminum, and Chinese imports. Critics of the Trump administration had argued that the metals tariffs would hurt U.S. workers by raising costs for metals-using manufacturers.

Because it is a 12-month moving average, the Atlanta Fed’s track shows changes with a lag. It shows manufacturing wage growth moving sharply higher from August through the beginning of this year, rising from 3.4 percent to 3.9 percent.

The Atlanta Fed numbers suggest that one reason other methods of wage growth may be lagging behind expectations is that employers are turning to new workers and those who were recently out of the workforce to bolster their ranks in an era of low-unemployment. Those workers are often paid less than experienced veterans, which can drag down average wages even in a tight labor market.

Manufacturing wage growth ran between 3.9 percent and 4.0 percent from July 2007 through May 2008, when it slumped as the economy crashed. Prior to that, wage growth had not exceeded 3.8 since 2002.