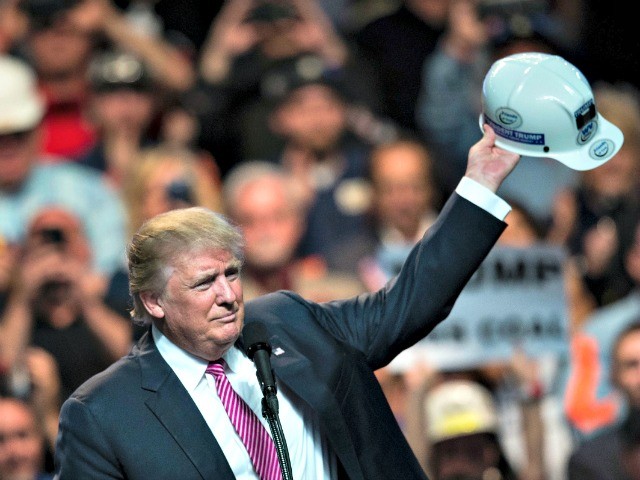 The American manufacturing sector continued to add jobs in August, defying predictions that the Trump administration’s steel and aluminum tariffs would cost jobs in metals-using industries.

There were 488,000 job openings in manufacturing in August, up from 416 a year ago, the Department of Labor said Tuesday. Two years ago, before President Trump took office, there were just 337,000 manufacturing job vacancies in August.

In durable goods, which is the category that includes most metals-using industry, there were 286,000 openings. That’s up from 229,000 a year ago. Two years ago, there were just 200,000. Durable goods openings have been higher every month than they were when the metals tariffs were first announced in late March.

Layoffs have been falling, rather than rising as predicted. Back in April, there were 69,000 layoffs in durable goods manufacturing. In August, that number was 64,000. That’s just about tied with the 63,000 from a year ago. The rate of layoffs has declined since the tariff announcement, from 0.9 percent in April to 0.8 percent in August. Two years ago, durable good manufacturers let 71,000 workers go in August, a layoff rate of 0.9 percent.

The number of hires declined in August to 207,000 after a monster 231,000 in July. This was down from 214,000 a year ago. But since unemployment down to3.7 percent and openings are up, this is an indicator of a tight labor market rather than a sign that tariffs are hurting. August was the fifth consecutive month in which there were more openings than unemployed people in the U.S. Two years ago, when the unemployment rate was 4.7 percent, there were just 164,000 hires in August.

The tariffs have not only defied the doom and gloom predictions when it comes to jobs, they are also defying them when it comes to prices. Prices of goods that require steel and aluminum, from cans of soup to cars, have not risen for consumers.