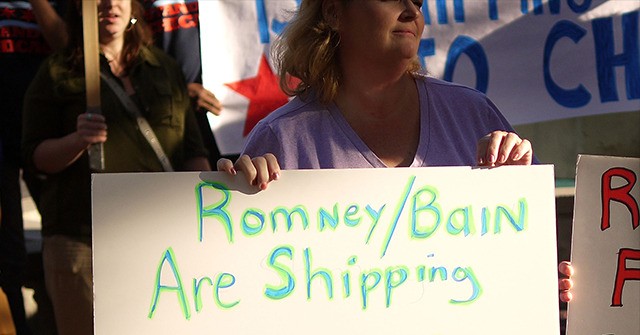 Mitt “Pierre Delecto” Romney is enjoying an outpouring of “strange new respect” from the media today after voting with the Democrats to impeach President Trump.

Thanks to Mitt, the Democrats get to claim that their impeachment show trial was “bipartisan.” Anyone who has followed Mitt’s career could have seen this betrayal coming. This isn’t the first time he’s behaved like a bitter sanctimonious weasel when it comes to Donald Trump.

Four years ago with great fanfare, Romney decided to used his clout as the Republican Party’s 2012 nominee to gather the media to Salt Lake City to hear his thoughts on the 2016 race just days before the crucial Michigan primary. But Mitt didn’t use his encore on the national stage to endorse a candidate. No. He just wanted the whole world to hear him deliver an 18 minute speech trashing the hell out of his party’s then-frontrunner Donald Trump.

If his anti-Trump jeremiad helped Hillary Clinton, Romney and the GOP establishment didn’t care. They had already written off Trump by that point. They would rather lose than win with him. As I wrote at the time, Mitt Romney was the GOP establishment’s St. George sent out to slay the Trump dragon.

He failed then, but he’s been trying ever since. Today was just the latest and most egregious attempt.

But long before Romney stabbed Trump in the back, he stabbed the working-class voters that Trump brought to the Republican Party.

First, let’s recall that Romney lost the 2012 election in large part because he couldn’t win over white working class voters.

That wasn’t an accident. It was by design. An August 2012 op-ed by Matthew Continetti in the Washington Free Beacon outlined the Obama campaign’s “voter suppression” strategy “to disillusion white voters without degrees in the Rust Belt and Mountain West.” Obama calculated that these working class voters would make Romney president if they voted Republican by the same 30-point margin as they did in 2010, but if they were demoralized and alienated by the GOP candidate, they would hand the election to Obama by simply sitting it out.

And that’s exactly what happened. It wasn’t very difficult to turn working class voters against the “King of Bain,” the man who perfected the art of the leveraged buyout which cannibalized industrial towns across America.

Romney did his best to recast himself as a venture capitalist, but the real business of the company he co-founded, Bain Capital, was private equity.

Bain made a killing for their shareholders by buying out American companies, loading them with debt, bankrupting them, shuttering their factories, and shipping those jobs overseas. Unfortunately for the GOP establishment, the American electorate is a libertarian think tank worshipping at the Church of Ayn Rand.

Let’s take a look at the billions Bain made off of American misery. Here are five examples, conveniently bullet-pointed by Lauren Bloom in a 2012 article at TheStreet.com:

Of course, the Democrats ran one ad after another showing the working class Americans who lost their jobs to make Mitt filthy rich as their factories were shuttered and shipped to China. After seeing those ads, nothing could induce me to vote for this globalist plutocrat who destroyed the Rust Belt towns of my childhood. Fortunately, I now live in heavily blue California, so my refusal to vote for Mitt had no bearing on Obama’s eventual victory.

If the demonization of Bain Capital wasn’t enough to finish Romney off in the eyes of working class voters in 2012, his “47 percent” comment did the trick. When you trash half of the electorate – a group that includes senior citizens living on fixed incomes, active duty military, and blue-collar Reagan Democrats – as freeloaders who don’t contribute to the country, that isn’t just bad retail politics, that’s downright offensive.

Ironically, the Americans who sent Donald Trump to the White House in 2016 were the same voters Mitt Romney insulted and repelled in 2012.

The forgotten men and women of the Rust Belt, who suffered the most at the hands of globalist vulture capitalists like Romney, became the heart and soul of the MAGA movement.

The voters in Romney’s native state of Michigan rejected him in 2012. They voted for Trump in 2016.

Voters in Wisconsin—home of Mitt’s running mate Paul Ryan—rejected Romney in 2012. They voted for Trump in 2016.

Voters in the coal and steel towns of Pennsylvania rejected Romney in 2012. They voted for Trump in 2016.

Mitt Romney didn’t just lose in 2012. He shrank the Republican Party. Trump, on the other hand, brought in a whole group of voters who had been sitting on the sidelines or voting for Democrats.

As the president said in his State of the Union address last night, Trump’s America is in the midst of a “blue collar boom.” The proof is in the pudding. The majority of Americans are feeling record high optimism about the economy because they are experiencing it. Private payrolls are up. Unemployment is at historic lows. The U.S. trade deficit has shrunk for the first time in six years, and the deficit with China fell nearly 18 percent last year.

That’s what we call “winning.” It’s something Mitt doesn’t understand.